Dutch-born Nikolaas (Niko) Tinbergen grew from a boy who loved skipping school to be outdoors, into a Nobel Prize-winning founding father of ethology – the science of animal behaviour. In the prime of his career, Niko’s energy and rigour outweighed his worsening depression, to produce many influential contributions to the field. 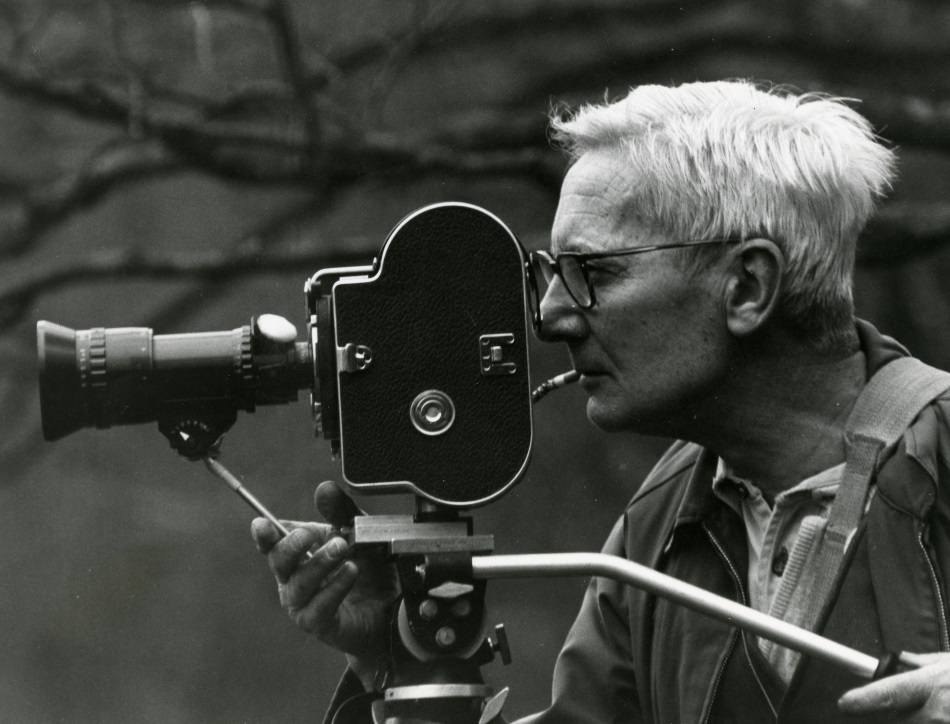 Born in 1907 in the Netherlands, Niko Tinbergen was an unremarkable pupil at school, doing just enough to pass exams. In an autobiography he writes:

‘I have considered school…rather a nuisance and…a frustrating restriction of my freedom. The sheer boredom of having to learn the multiplication tables…’

Yet his boyhood teachers would have seen a different side to Niko while he played truant in his preferred ‘classroom’ among the sand dunes and countryside that surrounded his home in the Hague. From five or six years old, Niko loved nothing more than being outdoors, watching and wondering about the animals he encountered - as his autobiography continues:

‘…one of my memories of the schoolroom is looking longingly through the nonfrosted higher part of the window…and seeing the blue spring sky with hundreds of black-and-white patterned lapwings hurrying back North, which made me look forward to finding once more their beautifully blotched eggs on the dry mossy dune ridges…’

When he finally broke free from school, Niko was disinclined to continue with higher education. However, a three-month taste of fieldwork at a bird observatory was enough to change his mind about university.

‘[it] had reinforced my naturalist’s motivation…although I was not at all attracted by the…bulk of the curriculum at Leiden, I realised that I simply had to take this hurdle and grind through the stuff...’

At Leiden University, Niko revealed his ability to think independently; questioning the old-fashioned and subjective approach to animal behaviour. He preferred to carefully observe creatures in their native habitat, before designing and undertaking simple and methodical experiments to better understand behavioural patterns.

His PhD thesis, at 32 pages, was the shortest on record at the university; but a characteristically neat study on how digger wasps found their way back to their burrows in the sand after foraging. Once again, it was just enough to get his doctorate.

Over the following decade – the 1930s – Niko, now a researcher and teacher, published numerous findings about the day-to-day lives of many species. Some of his most famous work centres on behaviour of sticklebacks, snow buntings – which he studied while living with a remote eskimo tribe in Greenland, – geese and gulls.

But it was his scientific approach that is Niko’s most influential legacy. With collaborator and friend Konrad Lorenz, Niko named, established and refined the field of ‘ethology’ as a branch of zoology.

Unlike previous explanations of behaviour – often concluded from watching animals in man-made environments – Niko’s modern ethology favoured fieldwork. And it incorporated Niko’s four questions, published in 1963 and still in use today, to guide comprehensive studies of animal behaviour. The questions interrogate the immediate function and cause of the behaviour, consider how the behaviour developed with age and experiences, and the evolutionary history of the behaviour.

Despite its rigour, modern ethology was slow to spread outside mainland Europe. However – as he wrote in his autobiography –  during his imprisonment in a German internment camp during the Second World War, Niko resolved to become a scientific missionary.

It was around this time in his thirties, until beyond his retirement in 1974, that Niko’s life was punctuated by periods of depression. Initially, he was able to maintain focus and work through such times of low mood. Indeed, his ‘PR campaign’ for ethology was very successful, with one outcome being creation of the journal Behaviour.

Adoption of the ethological approach in the UK was boosted by Niko’s recruitment to the University of Oxford in 1949, to set up the Animal Behaviour Research Group. He remained as head of the group for the rest of his working life, and supervised famous names in British science and science communication, including Richard Dawkins and Desmond Morris.

Niko made important contributions to his field throughout the 1950s and 1960s, and was elected as a Fellow of the Royal Society in 1962.

In the 1960s Niko’s depression became more debilitating – he was exhausted, paranoid, self-obsessed and sometimes suicidal. He lost almost complete interest in his own research or in the wider field, and struggled to keep up with advances. This marked the beginning of the end of his original work in animal behaviour.

In 1975, just two years after he’d shared the Nobel Prize in Physiology or Medicine, Niko experienced ‘one of the nastiest depressions I have yet had’. A consequence of this – for which he was hospitalised more than once – were feelings that the prize was undeserved. In a letter to a friend and colleague, he wrote:

‘I myself did and to a certain extent still do consider all I’ve done my whole life worthless…I can accept rational arguments from others, and can even parrot them and say: “…my work has been worthwhile”, but at the same time my emotional attitude remains negative.’

A decade later, in a short autobiography, Niko summed up his life in somewhat brighter terms:

‘I have been…rather like a butterfly flitting cheerfully from one flower to the next, rather than like a steadily working, “flower-constant” worker honey bee. But such has always been my nature, and if…as a consequence [I] have both missed much and gained much, I have at least been true to my nature.’

Despite his own modest conclusions, Niko Tinbergen was without doubt one of the fathers of modern research into animal behaviour. He died in 1988, aged 81, in his adopted hometown of Oxford.