Solomon Lefschetz (1884-1972) was an American mathematician best known for developing the topological aspects of algebraic geometry. His profound contributions to the field of mathematics were made entirely without the use of his hands, both of which were amputated following a devastating accident in his early twenties. 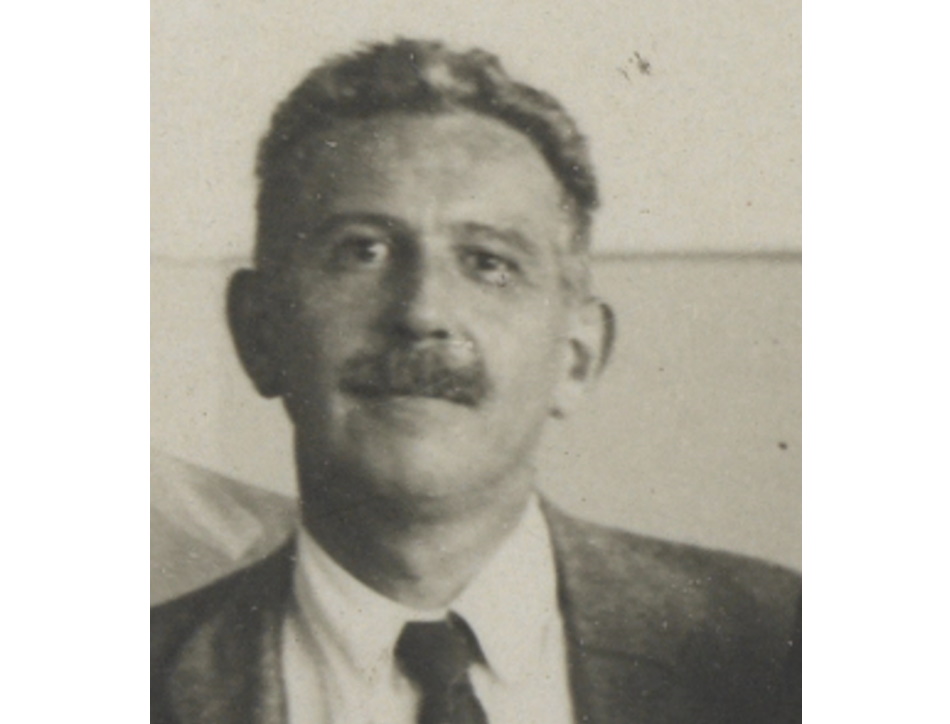 Solomon Lefschetz was born in Moscow in 1894, relocating with his family to France at a young age. After studying for a degree in engineering at the École Centrale in Paris, he moved to the US to work as a power engineer. In 1907, he was badly injured in a high-voltage explosion whilst conducting routine transformer testing, resulting in the amputation of both of his hands and his forearms.

Moving to maths and meeting Alice

After several months in hospital Lefschetz fell into a deep depression, frustrated by the inadequacy of his rudimentary artificial hands for a career in electrical engineering. He eventually left his job and, increasingly drawn by the appeal of pure mathematics, enrolled as a graduate maths student at Clark University in Massachusetts.

It was there that he met Alice Berg Hayes, a fellow graduate student with whom he shared an enjoyment of the mathematical library at Clark, and whom he would later marry. She became a pillar of strength for Lefschetz, helping him to overcome his despair and encouraging him to adapt to the practical challenges he faced without the use of his hands.

Many years later, Lefschetz wrote in an article for the American Mathematical Society of the "enormous debt" he owed his wife: "Without her constant and unfailing encouragement through 59 years […] I would have long since ceased to operate."

The architect of algebraic topology

Lefschetz obtained his PhD at Clark in just one year; his dissertation on algebraic geometry opening an academic avenue he would continue to explore whilst occupying various positions in mid-western universities over the course of the following decade.

His self-described "mathematical isolation" during these years afforded him the intellectual freedom necessary to propose and lay the foundations for an entirely new branch of mathematics: algebraic topology. By applying abstract algebraic concepts to the study of three-dimensional shapes and spaces, Lefschetz was able to, as he said in an article for Contemporary Mathematics in 1968, "plant the harpoon of algebraic topology into the body of the whale of algebraic geometry."

In 1924, Lefschetz accepted a post as Professor of Mathematics at Princeton University. In direct contrast to the solitude to which he had become accustomed, he found himself part of an extensive and diverse mathematical community, his confidence and enthusiasm for which was testament to how far he had come in terms of overcoming his physical disability.

By then, the original prostheses that Lefschetz had been given following his accident had been replaced by more sophisticated wooden hands, upon which he always wore a pair of black leather gloves. Although adequate for the essentials – he was able to hold a piece of chalk and could write surprisingly legibly – they did not permit him much dexterity.

Nonetheless, he required very few accommodations at Princeton, apart from the installation on his office door of a lock that could be operated without the use of a key. As noted in his posthumous biography for the Royal Society: "The way in which he could look after himself, and lead a normal life, never ceased to astound all who knew him."

Lefschetz remained at Princeton until his retirement in 1953, eventually moving on from algebraic topology to work on differential equations, control theory and nonlinear mechanics; all fields to which he subsequently made numerous important contributions.

As well as achieving an impressive academic record during these years, he was instrumental in revolutionising the public perception of mathematics as a subject of importance – both in the US and in Europe. In 1964 he was awarded the National Medal of Science "for indomitable leadership in developing mathematics."

Lefschetz continued to hold honorary positions at several institutions after his retirement, conducting international research and presenting lectures well into his eighties. He was an active member of the National Academy of Sciences and, from 1961, was a Foreign Member of the Royal Society. He died in 1972 at the age of 88, survived by his wife Alice and leaving an extraordinary mathematical legacy that continues to influence scholars to this day.