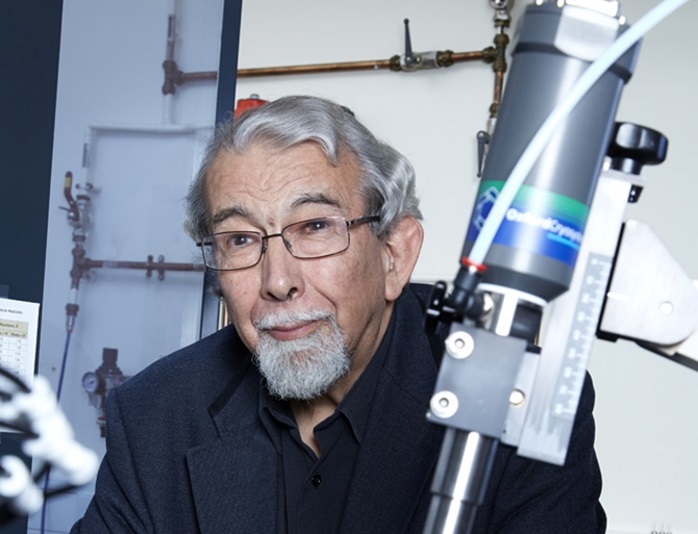 He could have been a jazz musician, or a politician, but as a career Professor Sir Tom Blundell’s love of basic science won out. And harnessing this passion led to an innovative therapeutics company developing potential cancer drugs.

The idea came from his academic work studying the structures of biological molecules. Working with Nobel prizewinner, Dorothy Hodgkin, and colleagues, he was part of the first group to reveal the three-dimensional structure of vital hormone insulin in 1969.

At the same time he was a semi-professional musician and on the city council in Oxford. “Whilst I was re-organising the city plan of Oxford, I was also getting papers in Nature with Dorothy Hodgkin: being a scientist began to become much more attractive” says Professor Blundell.

Understanding the shape of biological molecules can help with drug discovery as compounds can be designed to fit specifically within well defined binding sites on different enzymes and receptors.

In the 1990s, many companies were creating huge libraries of complex molecules to test as potential drug candidates, but this was a massive undertaking which required millions of compounds to be screened, often with little success.

“So how would you do better?” he and his colleagues asked. They came up with using tiny fragments of molecules instead – much simpler as fewer were needed to find leads to develop into potential drug candidates.

Professor Blundell, Dr Harren Jhoti, then at GlaxoSmithKline, and university colleague Professor Chris Abell set up Astex having secured an initial $500,000 in 1999 from investment company Abingworth.

Getting money was the biggest challenge, says Professor Blundell. Over the years, Astex made 30 bids and gained support from venture capitalists, the university, and also received £120 million from pharmaceutical companies AstraZeneca, GSK, Janssen and Novartis.

The company grew and employed about 100 people in Cambridge, and in 2013 was sold to Otsuka Holdings for $886 million. Crucially, Astex now has eight drugs in clinical trials.

Having a good business plan is vital in launching a company, says Professor Blundell. He also advises hiring entrepreneurial people who are “willing to come in and take a risk”.