Professor Jim Al-Khalili OBE FRS, Professor of Theoretical Physics and Chair in the Public Engagement in Science at the University of Surrey, author and broadcaster 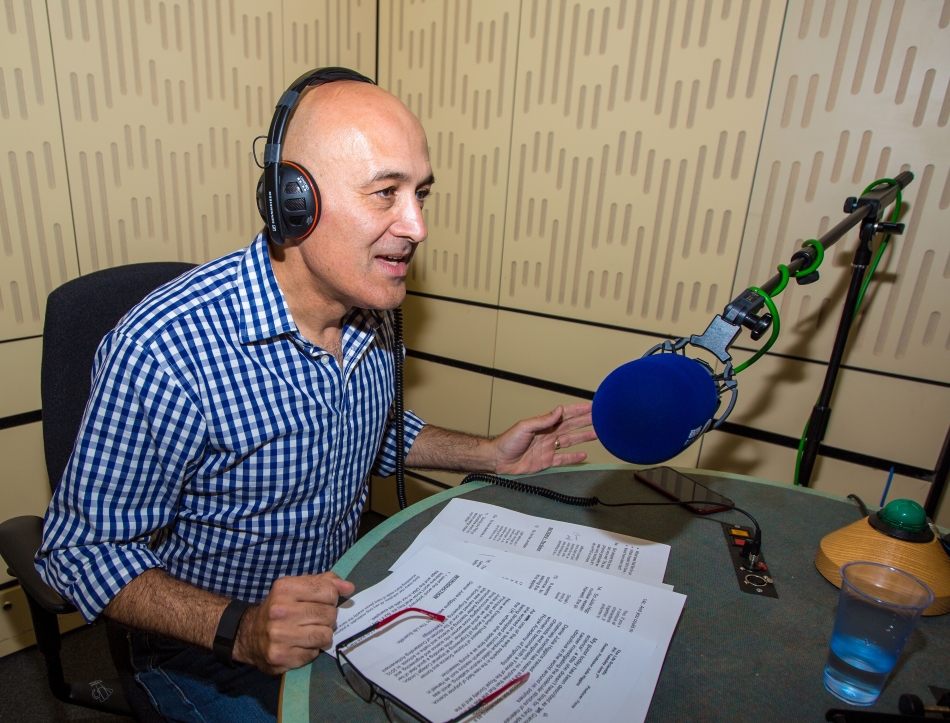 “Scientists get very cross when people say that creativity has to come from the arts, when there has to be just as much creativity in science. In the same way, artists get very cross if they’re accused of not being rigorous or thinking deeply about how they are representing the world. Artists are doing science as well, and thinking like a scientist is a very broad definition that includes the whole methodology.”

I’m a theoretical physicist specialising in nuclear physics, and try to translate physics into language that someone without years of specialist study can appreciate.

Finding a way to explain a complicated concept that makes someone say “oh! I get it!” gives me as much pleasure as when I ‘get it’ myself. I now carry out research in the new field of quantum biology, and write books and broadcast on radio and TV to get people excited about science.

On one hand, theoretical physicists think of the maths necessary to solve a problem: Greek symbols, computer code and graphs. Mathematical equations are abstract but to a theoretical physicist they are aesthetically pleasing, and seeing messy algebra that can be simplified to one line is very beautiful, like looking at a work of art or listening to music.

On the other hand, physicists need imagination to visualise something simply. We think in terms of pictures – they may not be accurate, but form guiding principles to help us understand what the maths tells us about the world. I think that in a decade or two, we’ll see theoretical physicists becoming experts in using AI and machine learning to solve problems and model complex systems too difficult to study with the human mind.

At 16, I came to the UK from Iraq to start A-levels. I wanted to do computer science O-level alongside my subjects, but was persuaded into A-level chemistry instead. I hadn’t even done O-level and, unsurprisingly, failed. I also had to retake maths because I turned up late to the exam and panicked. Until around age 14 I wanted to be a footballer, a popstar, and thought brain surgery sounded clever. Then I discovered that physics came easily to me: it was common sense about how the world works. I appreciated that physics would help me answer deep philosophical questions, like how big is the Universe? what does time mean? I’m still trying to answer these questions now!

I’ve been very lucky. My physics undergraduate degree and PhD at the University of Surrey led to a research postdoctoral fellowship at UCL, before returning to Surrey. After this, I did some temporary lecturing and another research fellowship. In the mid-90s I became interested in communicating science to the public. Senior colleagues warned me that it would damage my academic reputation, but now it’s much more established to do both research and outreach.