"The Industry Fellowship helped me to create an ecosystem around myself containing collaborators from across industry and academia. This space between engineering and fundamental science is where lots of exciting things can happen." 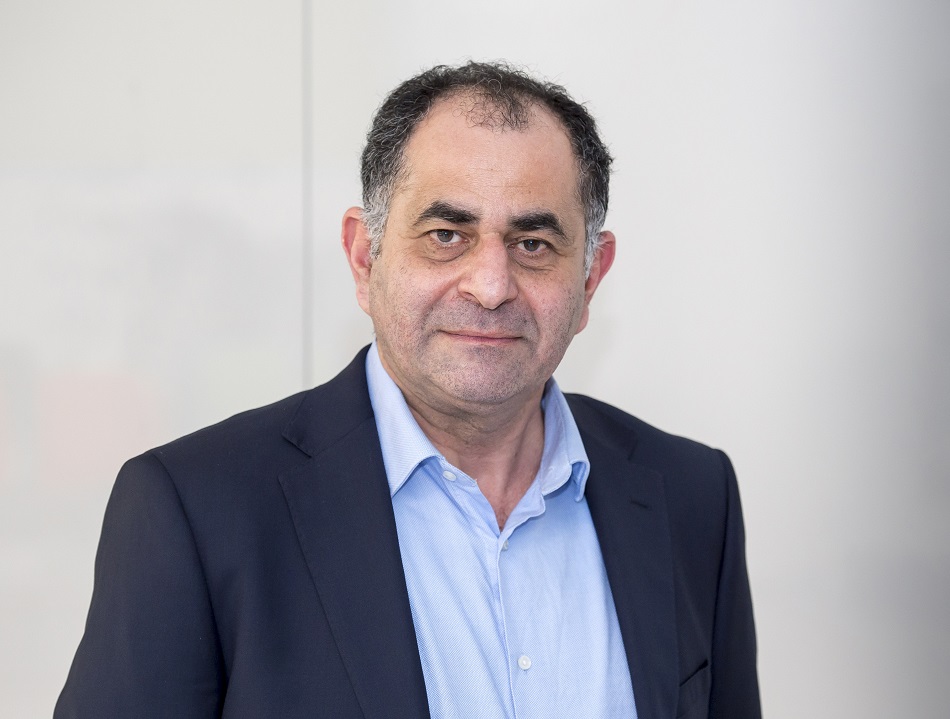 Maziar is Professor of Telecoms and Mobile Technologies and Head of Department of Engineering and Product Design at the University of Sussex. Previous to this he had worked in the telecommunications industry, most recently as chief engineer and head of 5G research at Samsung UK, and prior to that as a senior scientist at BT.

His current research focusses on improving the connectivity and speed of mobile wireless communication, in particular the next generation known as 5G, which is close to commercialisation. “5G relies on the more focused sending of radio signals in the millimetre wave frequency range of the electromagnetic spectrum, to support applications like virtual reality and self-driving cars. This means if you are supporting cars, mobile users and trains, very sophisticated beamforming and multi-antenna technologies are needed to track these signals.”

Maziar was awarded his Industry Fellowship whilst he was still at BT in 2006, and was hosted by Professor Peter Coveny’s Centre for Computational Science at University College London. “Back then, I was looking at networks of connected cars on the roads talking to each other or a base station. By using high-fidelity simulations running on some of the world’s most powerful supercomputers, we showed that we can greatly reduce the build-up of traffic congestion, by coordinating cars on the road.”

Maziar’s research benefited from this collaboration because at that time BT Research didn’t have the supercomputing facilities and the more specialist knowhow needed to carry out the computer intensive simulations required. “My head of lab was very supportive, and I had a good arrangement where I could work from our London office and come back to BT labs in Martlesham one day a week. Being in London really helped my career to take off by putting me in the centre of everything and letting me collaborate with UCL and other universities. At the same time I stayed involved with frontline research at BT and other mobile industry players.”

Since his time at Samsung, Maziar has transitioned into academia. “I was attracted to my new role at the University of Sussex because I have always liked being at the interface between industry and academia. With 5G being standardised by industry the research is going back to universities, possibly moving to 6G next.”