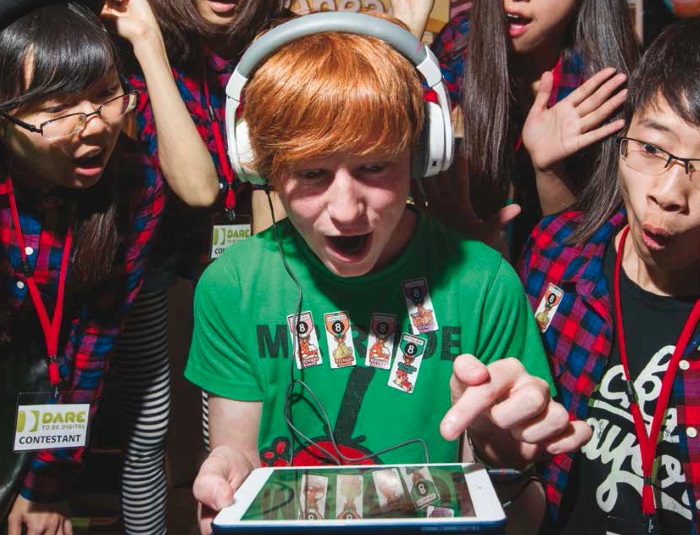 Dundee’s status as home of Scotland’s computer games industry is often traced back to the  manufacture of the ZX Spectrum in the 1980s. It is now home to 14 of Scotland’s top 20 games studios with over 3300 people employed in a cluster of 350 businesses (see Locate-Dundee 2015 Creative Industries). The computer games industry contributes hugely to the UK economy, being worth £1.72bn.

The Dundee cluster is dependent on a skilled workforce; 63% of those working in the sector have a degree, compared to 37% in the wider economy. “The cluster is fed by a stream of Abertay graduates, who join larger companies or establish new ventures” says Professor Gregor White of Abertay University, which established the world’s first computer games technology degree in 1997. Now, 200 students graduate each year with technical and creative skills in computer games art, audio, design, production, and programming.

Professor White explains that the University has a strong relationship with the industry cluster: “As well as producing skilled graduates we bring the challenges and opportunities businesses face directly to the University.” This is also illustrated by Abertay’s links to Sony Computer Entertainment Europe, makers of PlayStation. The University is part of Sony’s PlayStation First Academic Program, which means students have access to PlayStation development hardware as well as Sony expertise.

Through Sony, students also engage with other developers. Sony Academic Development Manager, Luke Savage, explains that the company FuturLab – known for the game Velocity 2X – worked with 20 Abertay students to build new FuturLab game prototypes. “We want to see new ideas and new talent come onto our platforms but it’s not just for Sony’s benefit – this is great for the students and for the other companies” he says.

Abertay University hosts the annual international Dare to be Digital games competition and festival which drew over 13,000 visitors in 2014. It is activities like this that have helped to attract significant inward investment, for example the founders of the cluster’s biggest company, Outplay Entertainment, relocated from California to Dundee in 2010.

Dundee has become a community of flexible, technologically adept and creatively skilled developers and these skills will be particularly important with the arrival of virtual reality. Sony’s platform, known as Project Morpheus, is set to launch in 2016. “Creating games in virtual reality is like starting again – it’s a really exciting time in the games industry right now” says Savage.