International commission on the clinical use of human germline genome editing 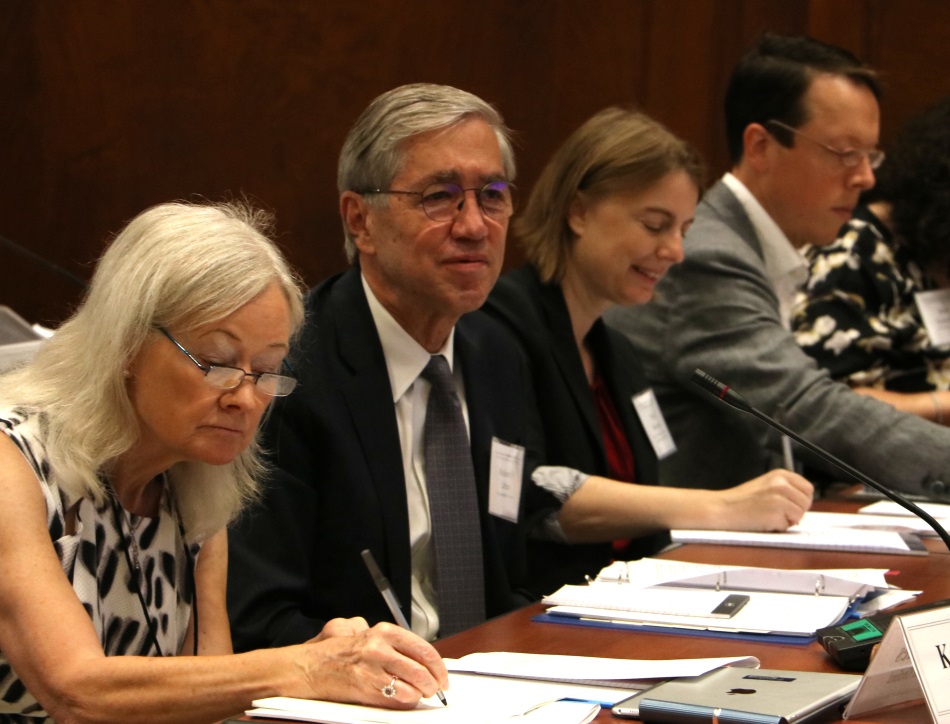 Kay Davies (left) and Richard Lifton (second from left), co-chairs of the International Commission on the Clinical Use of Human Germline Genome Editing

An International Commission was convened by the Royal Society, the US National Academy of Sciences and the US National Academy of Medicine, with the participation of academies of sciences and medicine from around the world. The commission’s aim was to develop principles, criteria and standards for the clinical use of genome editing of the human germline, should it be considered to be acceptable by society. Read more.

Catch up on the Day 1 livestream

Catch up on the Day 2 livestream

The first meeting of the commission took place at the National Academy of Sciences building in Washington, DC, on 13 August 2019. Recordings and presentations from this meeting can be accessed from the US National Academies’ website.

In addition to the public meetings, webinar presentations were given by leading academics from around the world to inform the state of research into germline genome editing. Video recordings from each of these webinars (listed below) can be viewed from the US National Academies’ website.

This International Commission was established following the reported birth of the first genetically edited babies announced in November 2018 during the Second International Summit on Human Genome Editing in Hong Kong. This unprecedented report was criticised at the time by the summit organising committee, who recommended the development of a translational pathway for human germline editing (editing that would be inherited by subsequent generations) based upon criteria articulated in guidance documents published over the past three years.

The work of the international commission was overseen by an international oversight board, made up of leaders from national academies of sciences and international institutions. They approved membership of the commission and its Statement of Task, and ensured that it followed due processes. They also approved an expert review panel for the commission’s final report including its findings and recommendations, which were published in September 2020. The Commission's report is available to download.

The Royal Society and the US National Academies were the secretariat of the commission, which included representatives from 10 nations. Kay Davies FRS, professor of genetics at the MDUK Oxford Neuromuscular Centre at the University of Oxford, and Richard Lifton, president of the Rockefeller University in New York City, USA, were co-chairs of the commission.