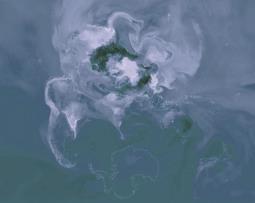 The 2015 Paris Agreement of the UN Framework Convention on Climate Change aimed to pursue efforts to keep temperatures at no more than 1.5°C above pre-industrial times. Meeting these ambitions will require more than just extensive cuts to emissions. It will also require the active removal of greenhouse gases from the atmosphere and their storage, a process called greenhouse gas removal.

The Royal Society, in partnership with the Royal Academy of Engineering, has produced a report and associated summary to outline methods of greenhouse gas removal and how other influences like legislation, the environment, economics or social factors will affect their deployment. The report also considers how they might plausibly be used in the UK and globally to meet climate goals.

Methods such as growing forests, enhancing mineral weathering, and direct capture of CO2 from the air have been considered for the role they could play in counteracting hard-to-cut emissions like agriculture and air travel, and in preventing some of the more dangerous impacts of climate change.

Watch the video below to hear the chair of the working group, Professor Gideon Henderson FRS, talk about the findings of our report.

To find out more about the Royal Society's work on climate change, watch our 60 second introduction to climate change, read our answers to key questions or explore our interactive net-zero carbon infographic.