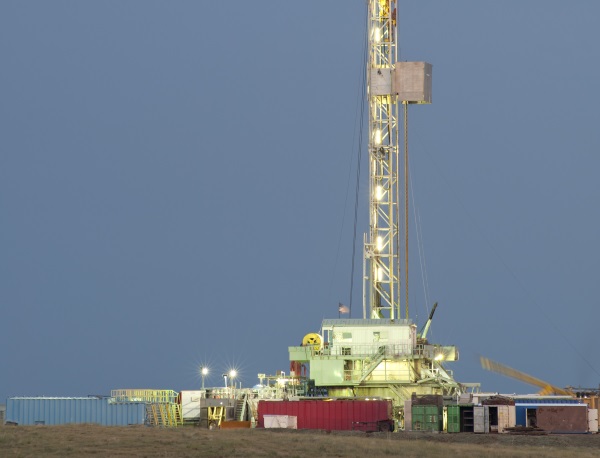 Hydraulic fracturing rig on the plains of eastern Colorado.

The Royal Society carried out a short review jointly with the Royal Academy of Engineering of the major risks associated with hydraulic fracturing (also known as ’fracking’); including, geological risks, such as seismicity, and environmental risks, such as groundwater contamination.

The extraction of shale gas in the UK has been the subject of recent debate, with many concerned over potential risks associated with the process. This project reviewed the scientific and engineering evidence to provide a clear indication of where any potential risks are well understood; where there is general agreement but continuing debate; and where more significant uncertainties remain. It also considered how these risks can be managed.

The review is not an exhaustive analysis of all the issues associated with shale gas, nor does it promise to make any judgements on the appropriateness or otherwise of shale gas extraction being undertaken. The hope is that this review will be a valuable contribution from the scientific and engineering community to a wider debate on the future of shale gas extraction in the UK that should also encompass societal and economic issues.

Read the Royal Society's 2018 study into shale gas research carried out since 2012.