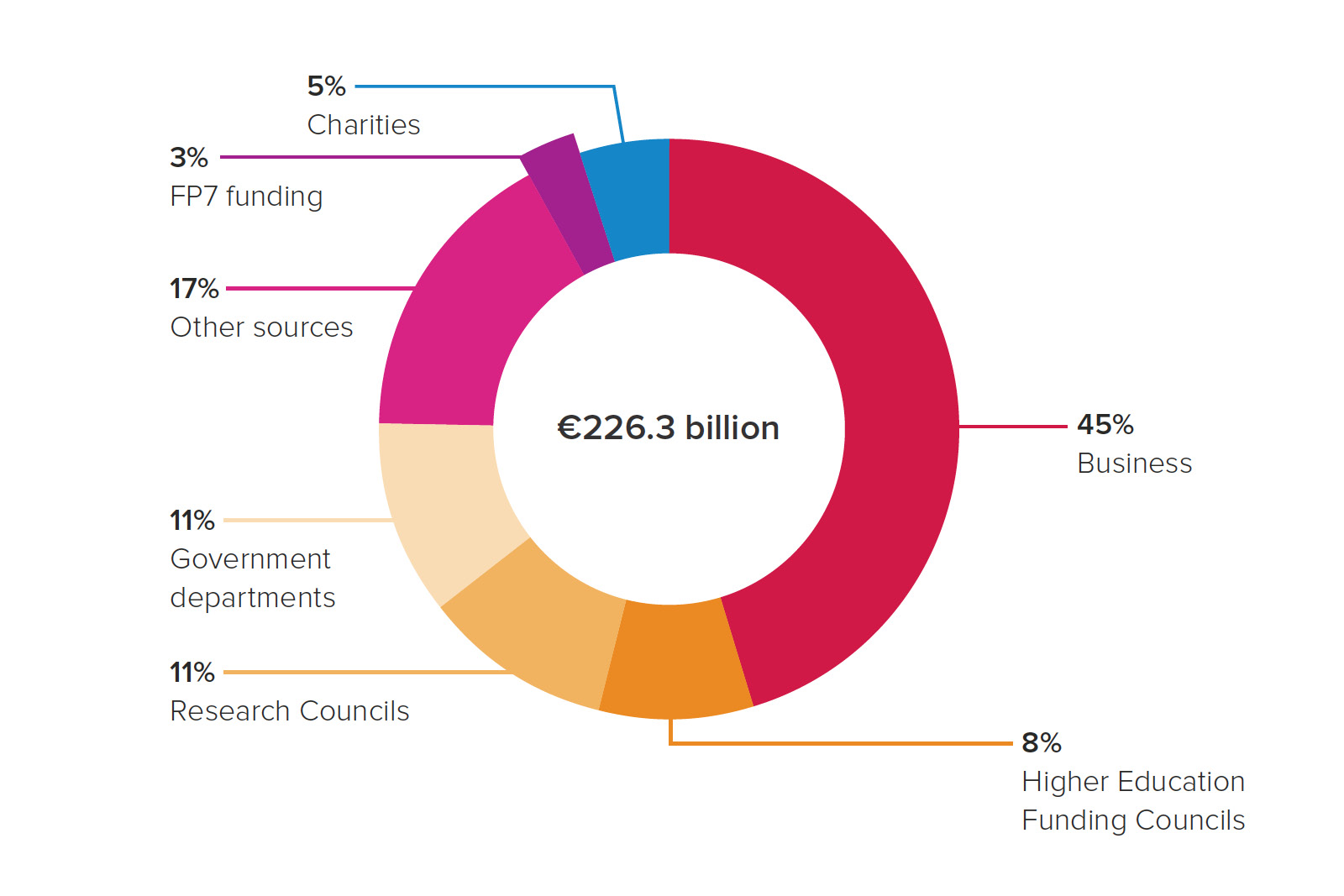 Considering just Framework Programme funding (as breakdown by sector is not available for structural funds), UK universities were among the most successful in securing EU research funding, receiving 71% of total Framework Programme (FP7) funding awarded to the UK.

This reflects that research architecture varies across participating countries, with research strength in some countries concentrated in research organisations (such as the Max Planck Institutes in Germany) rather than universities.

UK businesses attracted 18% of the total funds awarded to the UK through FP7. This is below the EU average of 26.7% and much lower than countries such as Germany and France where businesses secured 33% and 27% respectively of the FP7 funding received by the country.

This distribution contrasts with where research and development is conducted in the UK. 64% is conducted by businesses and 26% in universities. This reflects a low rate of private sector participation in EU research funding in the UK. In the rankings of private-for-profit organisations, only 2 UK companies (NEC Europe Ltd and Rolls Royce) were ranked in the top 50 European companies in terms of FP7 participations. 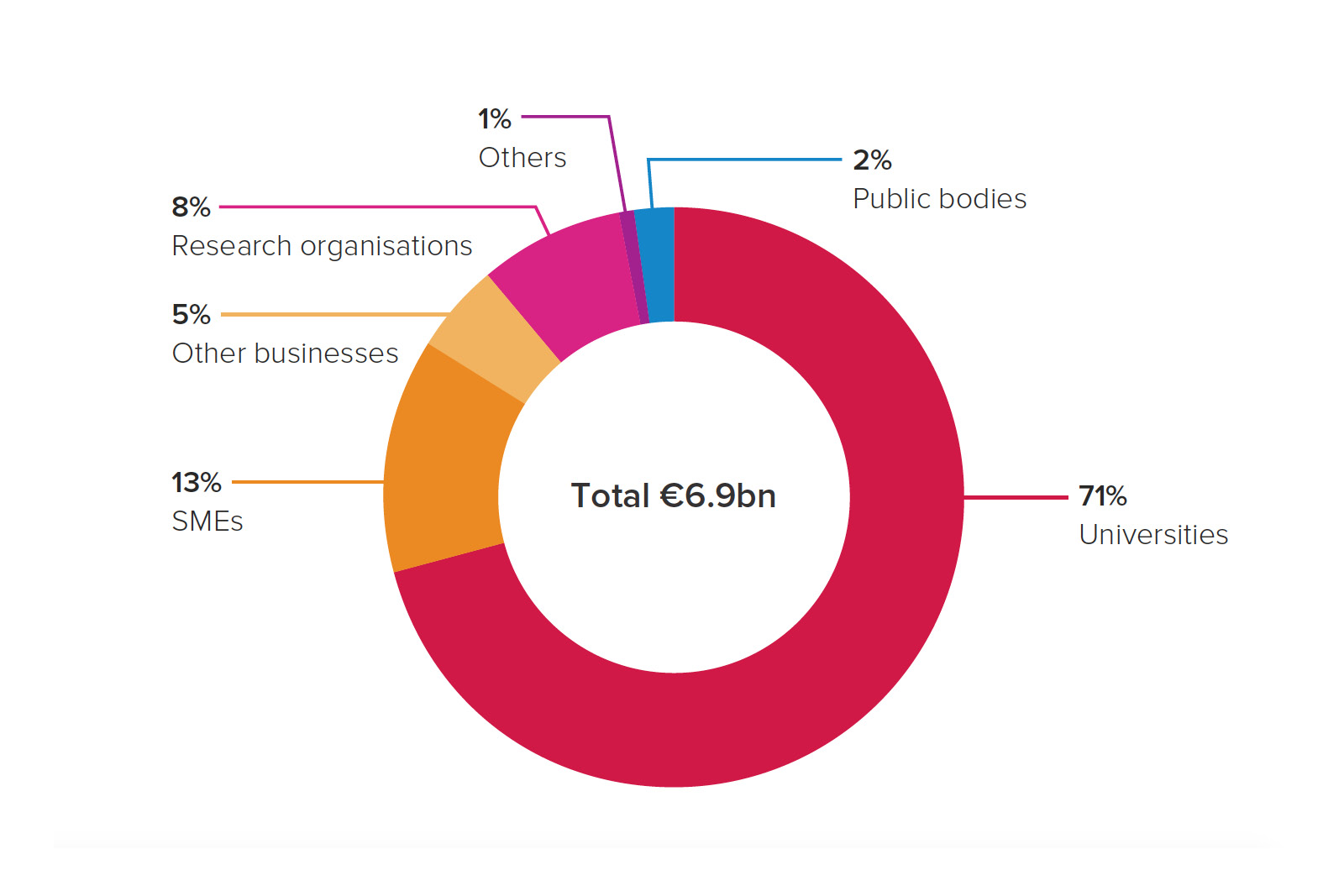 Data are not available about the breakdown by sector of structural funds received by the UK.

What impact does EU research funding have on UK universities?

In 2009/10 UK universities received £409 million of research income from EU government bodies. By 2013/14, this had risen to £687 million. This is equivalent to the combined total research income of Kings College London and Imperial College (£679 million), two leading research-intensive universities.

It is important to note that EU funding does not always cover the full cost of research overheads, meaning that recipients need to meet such costs from other sources of research income, such as Quality-related Research (QR) funding or endowments. 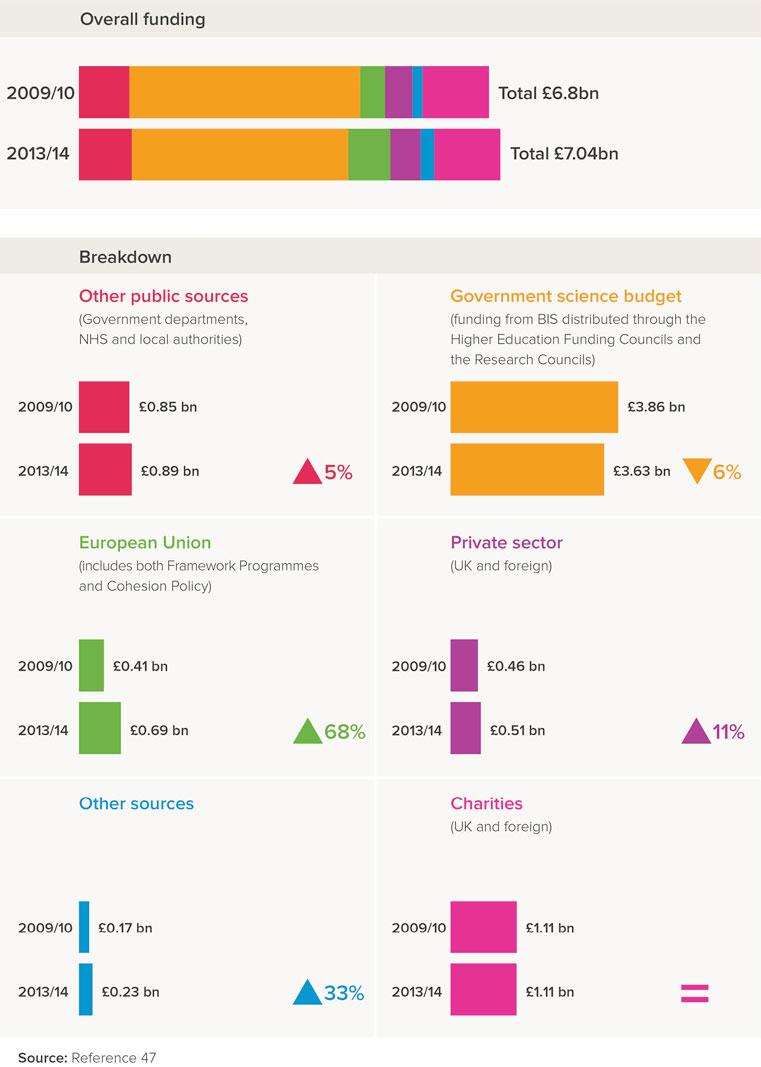 Over the same period, income from the Department for Business, Innovation and Skills (BIS) as a proportion of total research income for UK Higher Education Institutions has declined by 4.5 percentage points, from 56% to 51.5%. This is a real terms decline of 6.2%.