How do the UK and EU interact in the development of international policies that govern research?

Science is a global endeavour. Decisions over how best to conduct research and safely exploit new applications are shared by scientists and governments across the world. Where these may have global impacts, there is value in developing a consistent approach.

Due to its world-class research base, the UK’s researchers and institutions are well-placed to inform international policy that governs research. There are many ways to do this including through scientific networks, national governments, the EU and international bodies such as the UN.

The following case studies illustrate two areas of scientific progress where countries are working together to ensure these are exploited safely, highlighting the UK and EU role in these. Is the UK engaged?

The UK’s long standing and established regulatory systems have made us a leader in the regulation of new technology. The Human Fertilisation and Embryology Authority (HFEA) is dedicated to licensing and monitoring of all UK research involving human embryos and permits researchers to undertake genome editing of human embryos for research purposes on a case by case basis. In February 2016, the HFEA approved a research application from researchers at the Francis Crick Institute to use new gene editing techniques on human embryos (up to 14 days).

Is the EU engaged?

An independent advisory panel to the President of the European Commission, the European Group on Ethics in Science and New Technologies (EGE), issued a statement in January 2016 on genome editing. European networks of scientists are engaging with the issue at a global and national level and beginning to define the scientific questions.

At a European level, the Federation of European Academies of Medicine (FEAM) held a meeting conference on 28 April 2016 on the regulation of human genome editing across Europe. The findings from the FEAM meeting will also provide evidence for the US National Academies of Sciences and Medicine’s forthcoming report.

How was scientific evidence and advice used in the development of the policy?

As a rapidly evolving policy area, scientists are in the process of presenting evidence on human genome editing. 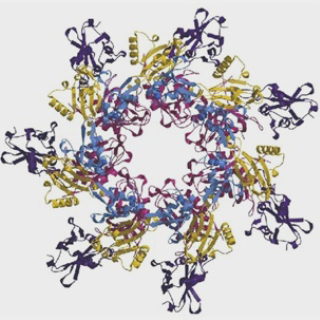 Biological and toxin weapons are biological agents ‘of types and in quantities that have no justification for prophylactic, protective or other peaceful purposes95. They represent a global threat as they are typically designed with hostile purposes, such as use in armed conflict. The international Biological and Toxin Weapons Convention (BTWC) prohibits the development, stockpiling or production of these weapons and commits states to destroying them except for samples for research purposes.

Is the UK engaged?

The UK signed the BTWC in 1972 and ratified it in 1975. The UK is one of 41 member nations of the Australia Group, which was established in 1985 to limit the spread of chemical and biological weapons through export controls on chemical precursors, equipment, agents, and organisms. In March 2005, to mark the 30th anniversary of BTWC ratification, the UK, the US, and Russia issued a joint statement to reaffirm their strong support for the Convention and called on all remaining countries not party to the BTWC to implement and comply with the convention.

Is the EU engaged?

The Council of the European Union adopted a common position in 2015 outlining its role in the BTWC. The EU will focus its efforts on four broad areas: ‘building and sustaining confidence in compliance; supporting national implementation; supporting the United Nations Secretary General’s mechanism for investigation of alleged use of biological weapons and agents; and promoting universality’.

The EU has adopted four action plans to support the BTWC, and also supports the World Health Organisation (WHO) in bio-safety and bio-security.

Since 2006 the EU has provided financial support to encourage participation in BTWC activities, such as workshops, and to support implementation of the BTWC in countries both party and not yet party to the Convention.

How was scientific evidence and advice used in the development of the policy?

The Royal Society, the US National Academy of Sciences and the Polish Academy of Sciences led work for the InterAcademy Panel (IAP) Biosecurity Working Group to help the State Parties in their preparation for the 8th BTWC Review Conference in December 2016 by reviewing the trends in science and technology with implications for the BTWC.