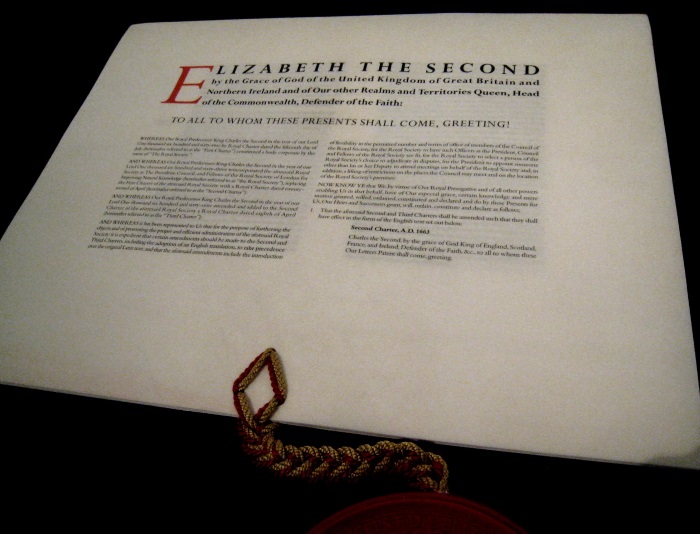 The Supplemental Charter, approved in July 2012

The Supplemental Charter of 2012 (PDF) was was approved by Queen Elizabeth II, our patron, and now serves as the Society's governing document. The Charter retained the feel of the Royal Charters of the 1660s but updated them to take account of developments in governance and administration.