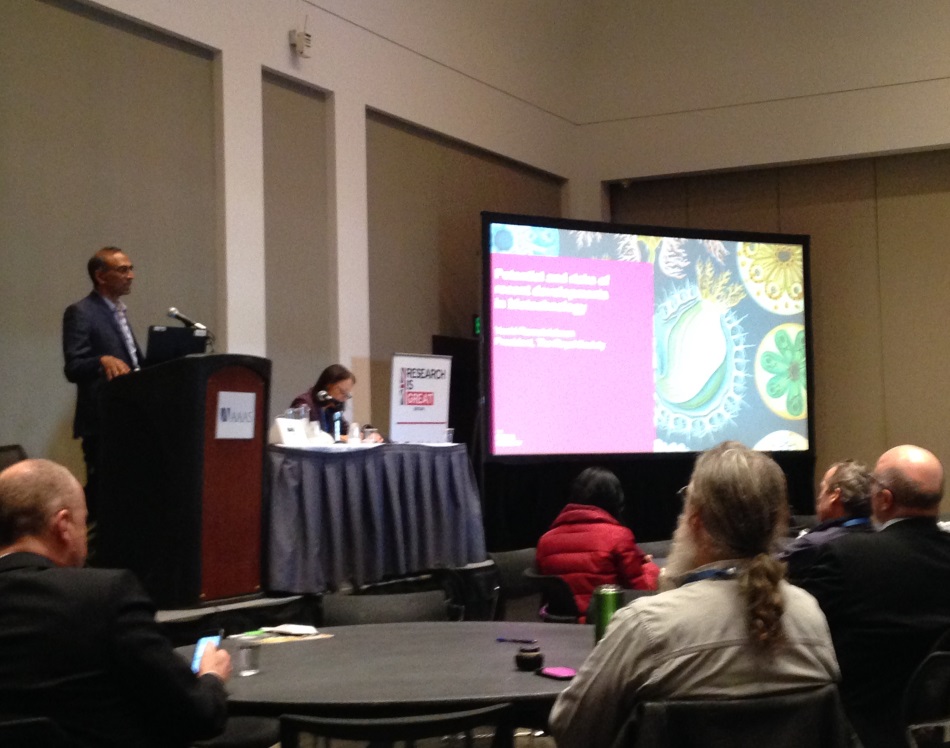 The Royal Society and the National Academy of Sciences have collaborated on a wide range of projects and topics. These include influencing the annual G7 summit; the first international summit on human genome editing (a second is planned for November 2018); a project on the Biological and Toxin Weapons Convention (2015); and a short report on the evidence for and causes of climate change (2014). The Officers of both academies also meet on a biennial basis.

The Society has worked with the American Association for the Advancement of Science (AAAS) on a range of activities including hosting the 5th Neureiter Roundtable on “Science & Technology and the Frontiers of 21st Century Trade Policy” in October 2017, participation in the AAAS annual meeting – the world’s largest scientific meeting, and on a collaboration with scientists from North Korea on the volcanology of Mount Paektu. The Society also co-organised a discussion with the American Academy of Arts and Sciences on “Technology and the Future of Work” in February 2018.

The Royal Society has nearly 300 Fellows and Foreign Members in the USA.

During Canada’s Presidency of the G7 in 2018, the Royal Society of Canada is leading the activities of the G7 science academies which include the Society. These include joint statements on “The Global Arctic: the sustainability of northern communities in the context of changing ocean systems” and “Our digital future and its impact on knowledge, industry and the workforce” which will be presented in time to enhance the deliberations of the G7 Summit of Leaders from June 8-9 in Charlevoix, Quebec. Find more information about previous G7 science academies meetings.

The Society’s ‘Resilience to extreme weather’ report (2014) featured in the Royal Society of Canada’s “Reports from Abroad” initiative, which promotes recent policy reports from other National Academies, and provides a perspective on the relevant topic from a Canadian expert in the field, in this case from then ICSU President Gordon McBean.

The Royal Society has over 70 Fellows based in Canada and regularly engages with Canada through its work with the Commonwealth.

Scientists based in the UK who want to stimulate new collaborations with leading scientists in the Americas through either a one-off visit or bilateral travel can apply for the International Exchanges Scheme (collaborations with partners in Argentina are eligible for a Cost Share Programme). Outstanding overseas scientists at an early stage of their research careers may be interested in the Newton International Fellowships programme which provides the opportunity for the best early stage post-doctoral researchers from all over the world to work at UK research institutions for a period of two years.