Keith Moore introduces the remarkable Peter Mark Roget, Secretary of the Royal Society and compiler of the famous Roget's Thesaurus.

Roget had an active, flexible and retentive mind, his interests ranging from participating in Humphry Davy’s laughing gas research at Bristol, to establishing medical schools, inventing a type of slide-rule and composing papers on optical phenomena.

Picture a group of scientists at dinner in the new age of Queen Victoria, just crowned at Westminster Abbey in 1838. The conversation around the table turns to news and to the exhibition at the Parisian Academie des Sciences of the sensational Sicilian boy, Vito Mangiamele, an untutored mathematical calculator and possible autistic savant. One Royal Society Fellow was less than impressed, his reaction quick and provocative: 'it was no more than anyone can do'.

The story is related in Sir John Herschel’s diary and the speaker was perhaps not the scientist you’d expect.  Herschel was familiar with child prodigies having befriended George Parker Bidder (1806-1878) when that 'calculating boy' was himself being exhibited by his stonemason father. But by 1838 Bidder had harnessed his ability into adulthood and was helping Robert Stephenson to engineer the London to Birmingham Railway.

The man who came to dinner was Peter Mark Roget (1779-1869) and pi was on the menu.  Roget was not a professional mathematician, but a medical man and the Royal Society’s secretary. The Sicilian calculator was reputed to be able to recall the number pi to 100 digits; Roget managed 154 places on the spot and a check-through revealed only three errors. The astonished company proceeded to test Roget in other ways, asking him to recall randomly selected logarithms of numbers, which he could manage to eight places. How did he do it? As Herschel cryptically remarked, Roget 'has four houses, each has ten rooms…' 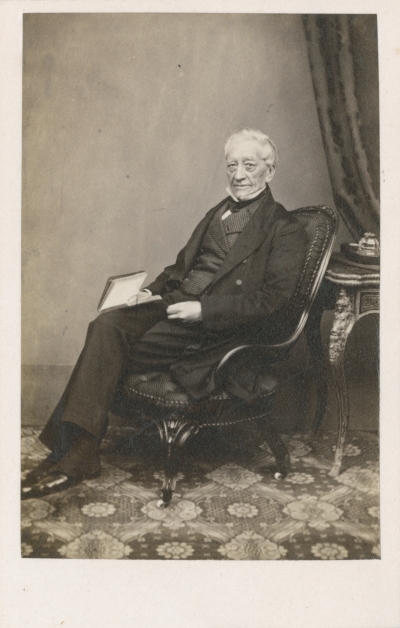 Roget was using mnemonics, associative memory techniques published in 1812 by Gregor von Feinaigle (1760-1819) as The new art of memory. To recall numbers, dates or anything else, the information would be mentally 'placed' in rooms and on walls, the user’s imaginary compartments. Feinaigle was sufficiently well known for Lord Byron to expect reader recognition when mentioning the Swabian-born former monk in the opening cantos of Don Juan (1819).

Roget was a remarkable individual, often portrayed as a depressive following a tragic early life marked by the suicide of his mentor Samuel Romilly in 1818. But as Professor Uta Frith FRS pointed out to me in conversation, Roget was hardly the listless type. He had an active, flexible and retentive mind, his interests ranging from participating in Humphry Davy’s laughing gas research at Bristol, to establishing medical schools, inventing a type of slide-rule and composing papers on optical phenomena.

And of course there was Roget’s Thesaurus (1852), that most useful of reference tools. Roget built up his prototype over a forty year period before preparing it for publication. We’re fortunate that Roget’s memory wasn’t that good – he wrote it down rather than keeping it in his head. So forget about those brain-training toys for Christmas and remember Dr Roget’s prescription: all you need is organisation and 'a little pains with mnemonics'.