What links the Royal Society to Paramount Pictures in the 1920s? Keith Moore makes an archival discovery.

The Managing Director of the Famous Players-Lasky’s wrote with urgency to Sir James Jeans at Burlington House. Remarkably, Jeans gave permission straightaway, sending the correct official stationery to be forwarded to Hollywood.

Part of our Reading Room routine involves checking manuscripts in and out as readers conduct their research. That gives members of staff the chance to monitor what scholars are interested in: but also to make quite random discoveries. A recently issued file of Twenties correspondence passed through my hands and happened to fall open at letters with the glossy heading 'Paramount Pictures'. What on earth was the Royal Society up to?

Science never got a particularly good deal from classic Hollywood directors and screen-writers. If scientists weren’t creating something they shouldn’t, the best that might be expected of those elderly professors was that they had a good-looking daughter to assist our hero in countering the Martian threat or annihilating giant ants.

On the British film scene, the director Humphrey Jennings (1907-1950) was an honourable exception and the subject of the only other piece of film history I’d come across in the Society’s archives. Jennings had a longstanding interest in science and industrial technology. He is well-known for his work with the Crown Film Unit in the 1940s, especially the Blitz docu-drama Fires were started (1943), but he also compiled the very interesting book Pandaemonium (1985) a cut-and-paste set of contemporary observations of the industrial revolution. Jennings’ final film was an extended advertisement for the 1951 Festival of Britain Family Portrait (1950) which had a strong scientific theme. The director filmed at the Royal Society and the film offers glimpses of the first volume of the Philosophical Transactions together with the silver mace ceremony commencing a Society meeting.

All of which was solidly British fare, but Paramount in the 1920s was home to Rudolph Valentino and Gloria Swanson. How did the Society fit in with that kind of glamour? Well, the letters I was looking at were a request to use a Fellowship election notification letter as part of a drama. J.C. Graham, the Managing Director of the Famous Players-Lasky’s and later Paramount’s British operation wrote with urgency to Sir James Jeans at Burlington House. Remarkably, Jeans gave permission straightaway, sending the correct official stationery to be forwarded to Hollywood. 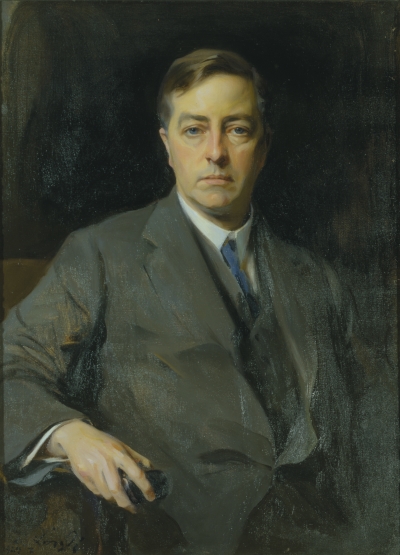 Was it ever used, I wonder? I’ll have to track down a copy of the movie Interference (1928) to find out. The make-believe FRS was English actor Clive Brook, later to partner Marlene Dietrich in Shanghai Express (1932). A genuine Hollywood star in the making, William Powell, also appeared, but the movie was important for one reason only: Interference was Paramount’s first talking picture. A New York Times review would rapture over the novelty of hearing the scratch of a pen over paper and the ring of a telephone. Director Roy J. Pomeroy ('the film magician who parted the Red Sea in… The Ten Commandments') had a more mixed reception at the London Plaza premiere when the soundtrack resolutely stuck on the phrase 'another one of those damn postcards…'

If the staginess of Interference has been long-forgotten, the power of another 1928 ‘talkie’ has not. It was seven minutes’ worth of cartoon mouse that led the way in that year, Disney’s sound-synchronized Steamboat Willie. I love a good animation, which means that Aardman’s forthcoming work The Pirates! In an Adventure with Scientists, released next year, will be a must-see. Just like Paramount, the company asked us for help in their work. A stop-motion Royal Society will be a genuine first.