The fault lines of fossil men

In many respects Boswell was a perfect foil for the mercurial Leakey: organised, meticulous and articulate in the use (and limitations) of geological evidence in determining the age of archaeological finds.

A file of correspondence can get you right into the heart of a scientific controversy from the past. That’s exactly where I am at the moment, reading letters from Percy Boswell and Louis Leakey, the latter grappling with the possibility of finding evidence for human origins at momentous sites in arid regions of Africa, sometimes from tens of thousands, perhaps hundreds of thousands of years in the past. How to tell which? 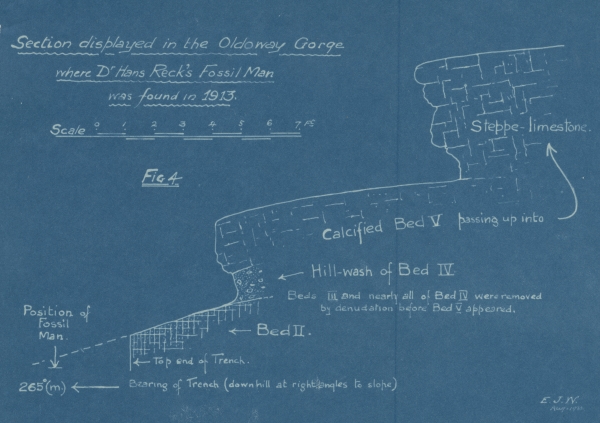 The facts of the Thirties excavations at Olduvai (or Oldupai) in Tanzania and related sites in Kenya are quite well-known, thanks in part to the subsequent career of Louis Leakey (1903-1972) and the wider Leakey family, which has provided generations of terrific excavators and field scientists. Louis’s second wife, Mary Leakey (1913-1996) recently received the well-deserved accolade of a Google doodle (6 February 2013) for work her work at Olduvai. But in 1932 although such African sites were recognized as having great scientific potential, they were not yet fully understood.

Percy Boswell FRS (1886-1960) is less well-known than Leakey, but a key figure in this story. A scientist who had a varied and interesting career as a geologist both in research and in its engineering applications, he was an advisor in the construction of the Mersey road tunnel and in private life a keen Alpinist, despite having lost his sight in one eye. In many respects he was a perfect foil for the mercurial Louis Leakey: organised, meticulous and articulate in the use (and limitations) of geological evidence in determining the age of archaeological finds. In 1932 Boswell was called to comment upon an Olduvai skeleton discovered in 1913 by the German palaeontologist Hans Reck (1886-1936). There were varying estimates of its antiquity, but Boswell used bed material evidence to place a large question mark against the notion, proposed by Reck and Leakey, that the remains might be very ancient. 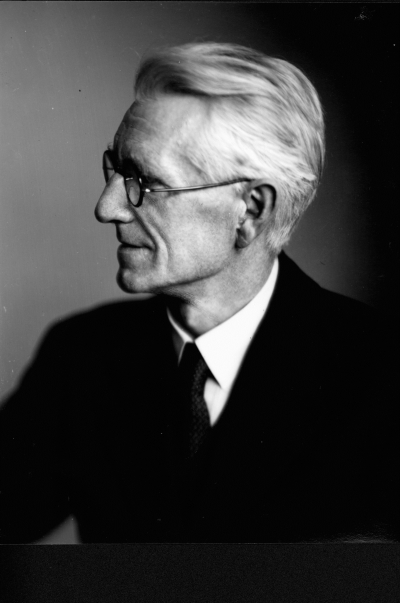 Boswell was subsequently asked to verify fossils found at Kana and Kenjera, resulting in a famous 1935 note to Nature that badly damaged Leakey’s professional standing. Leakey’s East African Archaeological Expedition work was partly funded by the Royal Society (via a £600 Mond grant in 1934) and the Society involved Boswell as an expert witness. His Nature summary of the excavation’s evidentiary problems was the more devastating because it was short, factual and avoided commentary, ending simply: 'it is regrettable that the records are not more precise'.

Later writers do tend to use moments like this to place two scientists in opposition in ways that neither would have approved of and then choose a side. In this case, Louis Leakey, who was both an adventurous personality and often right about broad ideas, is usually the beneficiary. The less colourful Boswell has sometimes suffered as a result. This can be seen very well in the current Wikipedia account of this episode in Leakey’s life, which states that after viewing the digs:

'Boswell left for England, promising, as Louis understood it, not to publish a word until Louis returned. Boswell immediately set out to publish as many words as he was able…'

Percy Boswell’s file on the subject shows this not only to be incorrect, but hugely unfair to a scrupulous individual. His brief Nature letter appeared over a month after he had returned to England and was in part a response to an acute dilemma. Boswell was obliged to report to Council of the Royal Society about the uncertainties in evidence he had found in Africa (which included an inability to correctly identify the sites of finds and a key photograph wrongly labelled) and he took the trouble to ask Council to advise him on how he should proceed. The Society left the matter to Boswell, who was by then quite agitated at seeing reviews of Louis Leakey’s latest book The Stone Age Races of Kenya (1935). The volume made important claims which Boswell knew would have to be corrected and that many people had bought it, or were intending to. Instead of taking the easy course of simply keeping quiet, the geologist, true to the science, gave the facts.

The Wiki-article does prompt an insight into how quick methods of communicating information can hurt reputations and this is neatly reflected in the historical exchanges. Leakey’s letters appear rapidly handwritten and one correspondent complained about his insistence on using airmail; Boswell’s are carefully typed. Their contrasting approaches meant that Boswell had the chance to do what he urged on Leakey: 'think this business out before you write'. Wikipedians, take note…