Richard Morris, Professor of Neuroscience at the University of Edinburgh, answers a few of our questions one of neuroscientist David Marr's pioneering papers.

For the special issue of Philosophical Transactions B celebrating the 350th anniversary of the journal, Richard Morris has written a commentary (with co-authors David Willshaw and Peter Dayan) on one of the pioneering papers from our archive, David Marr’s paper ‘Simple memory: a theory of archicortex’ (1971).

You comment that David Marr was ‘notably visionary’. What would you say was his most forward-thinking idea in this paper?

David Marr was ‘visionary’ in recognising the opportunity to apply mathematical principles to the emerging brain sciences and thereby shed light on function, algorithm and mechanism. And he did his homework about the then-existing knowledge of anatomy and physiology in weaving a web of intriguing ideas grounded in observation and which, in many respects, have stood the test of time.

Marr (among others) was a pioneer in theoretical neuroscience and modelling. How has this strand of research influenced knowledge about the brain today?

Theoretical neuroscience is immensely important. It offers a rigour that is sometimes absent in other approaches, it draws intriguing connections between diverse strands of empirical research that can all too often be or at least seem to be divorced from each other, and it throws up predictions that experimentalists can chase up. Marr’s later work, of which his remarkable Phil. Trans. paper was a forerunner, made explicit the idea of a tripartite division between the “computational, algorithmic and implementational” levels of analysis, that resonates today at a time when – as we discuss at the end of our paper – connectionists and others suggest that we need merely analyse structure. How wrong they are!

What tools did Marr have available to him? How does that compare to now?

Marr had his brilliant mind, but of course he lacked the amazing software tools of today. He was doing more than “back-of-the-envelope” calculations based on a set of reasonable assumptions, but he lacked the number-crunching super-computers that we could use today to look at the behaviour of tens, hundreds or thousands of neurons from whatever perspective we chose.

Marr died tragically young in 1980. What direction do you think his research might have taken should he have continued to work in neuroscience in the 80s and 90s?

David Marr turned, after the three classic papers of around 1970, to the puzzle of vision. His posthumous book “Vision” is a masterpiece, but one that was written in a far more accessible style than the early papers. He would surely have gone on working with Tommy Poggio at MIT and then, who knows? Maybe puzzles ranging from neuromodulation through to decision-making through to mental health would have fascinated him. It is impossible to predict, but we have confidence that he would have had interesting things to say.

What is the biggest question in the field that you would like to see answered? 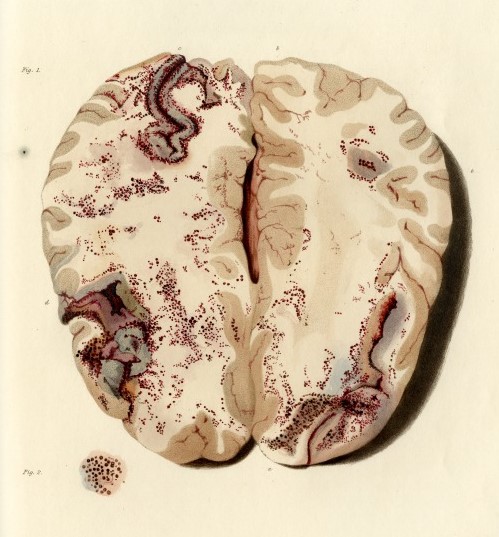 Plate 6 from 'Bright's Medical Reports: Diseases of the brain and Nervous System part 1' by Richard Bright (c) The Royal Society

The puzzle of “representation”. Hearts pump blood, lungs extract oxygen, but brains represent the world around us – the present world, the past, and our imaginations of the future. It is impossible to understand the brain by just looking at structure, just looking at physiology, just studying behaviour – the exciting challenge in the brain sciences is in understanding how all these different levels of analysis could collectively offer insights into how the billions of neurons of the brain represent all that is happening. Further, we should not forget that representation also takes us into the fascinating and needs-driven puzzle of altered representations, and with it, the huge demands of mental health disorders. Addressing these and finding effective treatments is one of the big unanswered problems of the 21st century. Theoretical neuroscience has a big part to play in contributing to this developing worldwide research effort.