Scientists have shed new light on the fundamental biological process of cell division, thanks to an emerging analytical method.

Bill Earnshaw, Edinburgh University, discusses his latest research on this process which helps the body renew and stay healthy, but when misfires can cause cancer.

Scientists have shed new light on the fundamental biological process of cell division, thanks to an emerging analytical method. Bill Earnshaw, Edinburgh University, discusses his latest research on this process which helps the body renew and stay healthy, but when misfires can cause cancer. 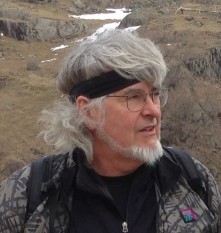 What are SMC proteins and why did you focus your study on these?

The first SMC gene was discovered in budding yeast by Vladimir Larionov in a chromosome segregation assay and named Stability of MiniChromosomes (SMC). Subsequently, other related genes were discovered in yeast and in many other organisms and shown to have roles in chromosome transactions ranging from chromosome architecture to sister chromatid cohesion to DNA repair. In recognition of their important role, they were very early rebranded Structural Maintenance of Chromosomes proteins. Our study focused on a complex called condensin, which is essential for chromosome architecture.

For this project you collaborated with two other labs (led by Juri Rappsilber in Edinburgh and Dietlind Gerloff in Florida); how did this collaboration come about?

I met Juri Rappsilber while visiting Milan for a seminar and discovered that we shared many research interests even though the techniques employed in our groups were completely different. His mass spectrometry group is a key lynchpin of our Wellcome Trust Centre for Cell Biology. He collaborates with most – if not all – members of the Centre, but his original biological love was chromatin and chromosome structure. Dietlind Gerloff was formerly a colleague here in Edinburgh who has since moved to the USA. Dietlind is one of that rare breed of people who predict protein structures. I knew that Dietlind had an interest in coiled-coil proteins, and so when it became clear that we had a huge number of cross-links in the condensin coiled-coils, she was a natural person to call in to see if we could use a combination of the theory  and experimental data from cross-linking to model condensing.

Can you briefly tell us about the methods used for this study and how they differ from more conventional methods?

The first key piece of the puzzle was provided by Damien Hudson and his team in Australia who created cell lines in which the endogenous genes had been knocked out and only certain forms of  condensin were tagged with  a binding peptide. Damien’s Ph.D. student Ji Hun Kim came to Edinbugh for an extended visit, during which he taught my student Helena Barysz how to isolate the tagged cells.  She then cross-linked the isolated complex and mapped all of the cross-linked peptides using software developed in Juri’s lab and methods also developed by Angel Chen. The rather simple map shown in Figure 4 of our paper is the result of almost a year’s intense, frustrating work!

The map on its own was not much use without a structure, but no one has ever generated a high-resolution structure of a parallel bundle of anti-parallel coiled coils anything like this large. Dietlind essentially put the structure together residue by residue in long and painstaking process. I am not aware that anything else like this has ever been done – combining biochemical data and structure prediction from first principles for a structure of this magnitude.

The results impressively produced the longest 3D structure of coiled-coil ever modelled; what are the next steps in your research?

Coiled-coils are basically protein springs that provide flexible linkers between protein domains. Like springs, they can flex from side to side and also extend when they are pulled on. These attributes make them really useful, particularly in dynamic structures where the flexibility can allow a wide range of movements, but this also makes them difficult to study. Having our predicted coil structures will enable us to make structural changes in the proteins to test hypotheses for how they function. For example, we can now ask what happens if we make the coiled-coils longer or shorter, or what happens if we change their surface charge so that proteins that normally bind to them are now repelled and cannot bind. Much in the same way that obtaining a crystal structure of a globular proteins enables researchers to poke and prod at it to test exactly how it functions, our model will enable us to do this for the first time for a large coiled-coil protein.