Professor John Nicholls FRS discusses some remarkable experiments that have been conducted on the visual system of monkeys.

"It is hard to define what constitutes beauty in an experiment"

To celebrate 350 years of scientific publishing, we are inviting our readers to tell us about their favourite papers from the Royal Society archive. Today John Nicholls FRS, Professor of Neurobiology at the International School for Advanced Studies, Italy, tells us about some remarkable experiments on the visual system. 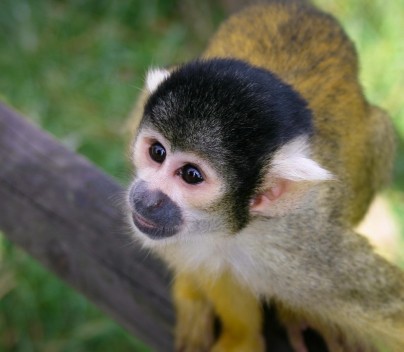 'Plasticity of ocular dominance columns in monkey striate cortex’ (1977) by David Hubel, Torsten Wiesel and Simon LeVay was a milestone in our understanding of how the visual system develops in early life. Is a monkey born with the connections required for vision primed and ready to go, or do those connections develop as the result of seeing patterns and light shortly after birth? Philosophy is no use for answering a question like this; one needs both physiological and anatomical experiments. What was shown in this paper was that the architecture is mainly in place at the time of birth. But there are subtle differences in the anatomy and physiology of one layer in the visual cortex. During the first weeks of life the connections are refined and tuned. If one eye is deprived of form vision the eye itself is not damaged but that eye loses its connections within the visual cortex and the monkey becomes blind. The other eye takes over its territory in the brain. This effect occurs only if the deprivation is produced in the first weeks after birth. Similar deprivation initiated after the delay of a few months does not result in damage to structure or perception. The authors develop the idea of competition between the two eyes for territory in the brain but only during this critical period.

It is hard to define what constitutes beauty in an experiment, easier to point to an example. This paper is remarkable for several reasons. First, because the experiments were highly original and technically very difficult. Second, the experiments have all since been confirmed by others. Third, they have proved to be of clinical importance for the treatment of cataract in newly born babies. In addition they led to the idea of competition for territory in the brain. Last, the paper is a joy to read; it is written in an elegant style and the figures are revealing, relevant and beautiful. At the time, I do not know of another journal which would have accepted such a comprehensive paper or been able to reproduce the photographs so well.