Meet our Editors: An interview with Paul Williams

Paul Williams is an Associate professor in the Department of Meteorology at the University of Reading.

Williams has held a Royal Society University Research Fellowship since 2009, and is a member of the Philosophical Transactions A Editorial Board. Here, he tells us a bit about his research and the big challenges that remain in his field. 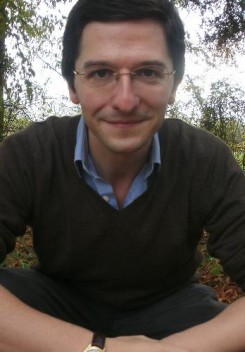 My research focuses on the physics of weather and climate. The atmosphere and ocean are simply fluids in motion, constrained to rotate with the Earth and forced by incoming energy from the Sun. The atmosphere and ocean support a variety of waves, ranging from the short and fast sound waves that allow us to hear, to the surface ocean waves that we see at the beach, to the long and slow planetary waves that move weather systems around the globe. In addition to waves, the non-linearities in the equations of fluid dynamics mean that the flow can also be turbulent and chaotic, which is what ultimately limits the predictability of weather systems. The nonlinearity is what makes the subject difficult, but it also keeps things interesting!

Why did you choose to get involved in this area?

Following my undergraduate degree in physics at the University of Oxford, I saw the Earth sciences as a way of applying my expertise to research questions that are important to society. I remained at Oxford to take a doctoral degree in geophysical fluid dynamics, and then I moved to the University of Reading to work as a post-doctoral researcher on a project studying rapid climate change. I have been at Reading ever since. When the rapid climate change project ended, I was lucky enough to win a Natural Environment Research Council (NERC) Fellowship, which was followed by a Royal Society University Research Fellowship. These two positions allowed me to gain independence and become the ‘captain of my own ship’, choosing my own research priorities and devoting most of my time to them.

The development of better methods for predicting hazardous atmospheric turbulence for the aviation industry remains an important challenge. I have been working on how this kind of turbulence will respond to climate change. Turbulence seriously injures hundreds of passengers and crew every year, costing airlines up to $500m. Severe turbulence is an extreme event generated by wind shear instabilities, but the wind shears on many flight routes are projected to be strengthened by climate change, suggesting that turbulence statistics may display anthropogenic trends. We have shown using climate model simulations that we can expect a 10-40% increase in the average strength of turbulence on transatlantic flights, plus possibly a doubling in the frequency of occurrence of moderate turbulence. More work is needed to test and refine these projections.

Who or what has been the biggest influence on your career?

Everyone with whom I have studied and worked has been influential, but I will single out my A-level physics teacher, who provided a critical influence at an early stage. He made the subject of physics fascinating while keeping it rigorous. He helped me to believe in my own abilities, and it was he who inspired me to pursue physics at university. I would probably be doing something very different now, if it were not for his influence all those years ago!

What do you like to do when you’re not working?

The boundaries between ‘working’ and ‘not working’ are notoriously blurry for many scientists. Our job is essentially to have ideas, which tend to pop into your head as soon as you try to switch off! But when I am not in the office, I like to play the piano and go walking.