Today Baylor Fox-Kemper, Assistant Professor of Earth, Atmospheric, and Planetary Sciences at Brown University and member of the Editorial Board of Philosophical Transactions A, tells us about a controversial paper.

To celebrate 350 years of scientific publishing, we are inviting our readers to tell us about their favourite papers from the Royal Society archive. Today Baylor Fox-Kemper, Assistant Professor of Earth, Atmospheric, and Planetary Sciences at Brown University and member of the Editorial Board of Philosophical Transactions A, tells us about a controversial paper.

“An Historical Account of the Trade Winds, and Monsoons, Observable in the Seas between and Near the Tropicks, with an Attempt to Assign the Phisical Cause of the Said Winds” 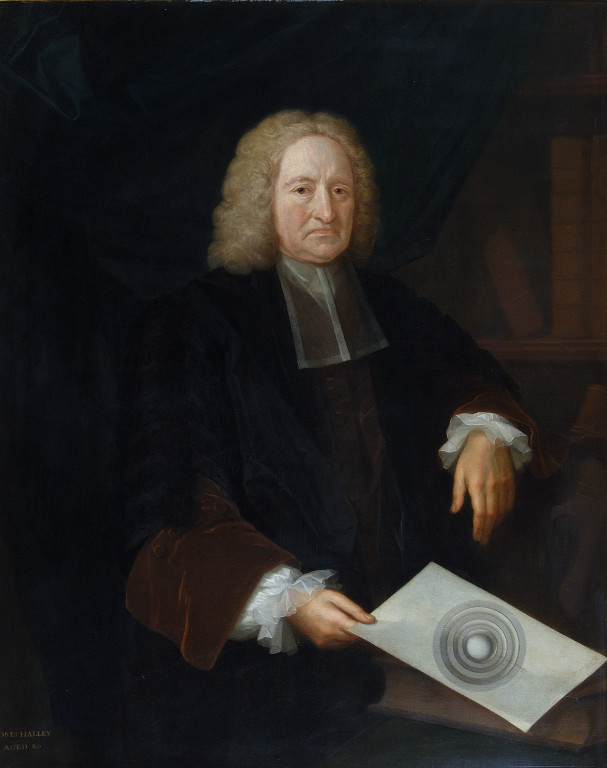 The story of the great astronomer Halley’s 1686 paper in Philosophical Transactions, and the correction to it by the comparatively unknown lawyer-turned-scientist George Hadley in 1735 (also in Philosophical Transactions), has been retold among scientists and taught to schoolchildren. It suits our human desire to witness the upstart challenge a master, and Halley’s contributions to cometary science, navigation, and to the Royal Society are barely dimmed in the dramatic retelling. Hadley’s alternative theory however had a major impact, and The Hadley Circulation, a critical part of the earth system, was named for this amateur scientist based on a five-page article.

Despite the subsequent debate, Halley’s paper was exciting. The overused phrase “seminal contribution” pales; rarely does a paper elicit a named lecture over two hundred years later. Why was this paper so compelling, and how can these insights be used to improve science today?

Halley’s paper begins with a suite of global observations of winds, which is accurate even by modern standards. These patterns are collected from “those [Halley] conceived best able to instruct [him].” Halley’s accounts are accurate of both the “general” winds and the seasonal variability, or monsoons, where they are relevant (less well known winds and regions are omitted). A system of thin and thick lines, with cross-hatching for monsoons, is used to convey relative certainty. A rare overstep occurs when Halley suggests that the Pacific winds are “so that there is the very best of Sailing; no want of a fresh fair Wind, and yet no danger of having too much.” Apparently, the Spaniards, Drake, Canaish, and Schooten whose testimony Halley collects did not run into El Nino or La Nina, nor the mega-Typhoons of recent years.

The care, quality, and lack of overstatement of Halley’s observations—as well as their global scope and economic significance to a sailing, colonial world—is the kind of collection that starts a scientific conversation: what do the data say?

Only a third or so of the paper is concerned with “adjoin[ing] a Scheme” or theory, so as “to help the conception of the reader in a matter of so much difficulty” as understanding these complex and diverse observations. The problematic explanation of the diurnal cycle driving an easterly (westward) wind to follow on the path of most intense solar warming is only a fraction of the third. The concepts of warming by the sun, differential warming over continents (“Soyl”) versus “over the Oceans” and by latitude, are all soundly grounded in observations and laboratory evidence about warming leading to “rarefied, and less ponderous” gasses. Halley’s astronomical knowledge of the latitudes of direct solar heating and the need for poleward energy transport comes through as inspiring. Halley conceives of great overturning circulations needed to return the air back to its origin after rising, with winds aloft as well as at the surface. The rejection of a contemporary idea about air lagging behind the rotation of the planet is cleverly overcome by asking why the air doesn’t also lag behind the solar revolution of the planet which is “about thirty times swifter.” And so, many of the key ingredients needed to understand our climate system are present, with only key exceptions to come from Hadley.

The typical direction and magnitude estimates from Halley (1686) of the known Trade Winds, with cross-hatching to indicate direction during different monsoon seasons.

Halley is quite open that there are missing pieces to the explanation and welcomes further observations. He specifically highlights the meridional dimensions of the trade winds as mysterious (indeed, this is still studied over three centuries later). Perhaps Halley senses the weaknesses of his explanation, or his waning interest (he would write no more on the topic), and so calls out for assistance.

Halley started a vigorous debate by cleaning the data, choosing a problem where success had economic and societal value, by bringing concepts from the laboratory and related sciences to bear, and by welcoming the input of readers and watchful sea captains. One should be careful before discrediting Halley’s contribution.