A paper published this week in Journal of the Royal Society Interface describes for the first time a multiscale mathematical model showing how the maple tree continues to produce its sap during winter. We spoke to lead author Professor John Stockie from Simon Fraser University about the development of this work and its implications for maple syrup production.

What’s the paper about? 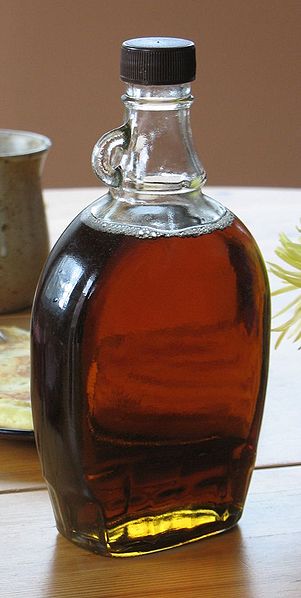 The aim of this paper was to develop a mathematical model for sap flow in trees, sugar maple in particular, that captures the process of sap exudation, which is a build-up of stem pressure in response to repeated freeze-thaw cycles. This phenomenon is peculiar to maple trees and a few related species, and has defied explanation for over a century, remaining somewhat of a conundrum because it occurs in winter when the tree is in a leafless state, seemingly dormant.

By developing a set of equations that describe the freeze-thaw process in the individual cells of the maple tree, we are able to clearly identify the important physical processes giving rise to exudation, as well as introducing three other physical effects whose importance in exudation has not been explicitly recognized before (namely freezing point depression, gas in vessel members, and root pressure).

We used homogenization theory to derive a two-scale model: a microscale model of the cellular processes, combined with a macroscale equation for temperature on the tree level. This homogenization step is essential as it avoids having to solve the cell-level equations within every cell of a tree simultaneously, which would be too expensive to compute. Our “multi-scale” model reproduces stem pressures that closely match with experimental measurements, and as a result resolves a long-standing controversy in tree physiology by confirming that a purely physical process is capable of capturing sap exudation. It also offers new insights into the precise physical mechanisms involved, and hopefully stimulating experimentalists with some novel hypotheses to test.

How did you develop the mathematical model?

It took over a year to develop a complete and consistent mathematical model of the cell-level thawing process only. This was based on an existing hypothesis proposed by tree physiologists that recognized the essential separation of wood into two cell types (vessels and fibres) and combines the two processes of freeze-thaw and osmosis. We discovered that realistic pressure build-up could only occur by incorporating gas bubbles in the vessels, a feature that had not been recognized before in work on sap exudation. The step of “up-scaling” these cellular processes to an entire tree and thus permitting comparison with experiments was performed by Isabell Graf using homogenization theory. During this step we uncovered the importance of two other effects, freezing point depression and root pressure, which then yielded results that coincided with experiments.

How do environmental conditions impact the freeze-thaw process?

Maple syrup producers have observed that repeated daily freeze-thaw cycles, in which the temperature fluctuates above and below freezing point, are necessary in order to obtain a high enough stem pressure that sufficient quantities of sap can be harvested. This is the primary focus of our study, but there are a number of other environmental conditions that are thought to also affect sap harvests such as soil water content, snow cover on the ground surrounding the tree stem, and even wind speed and direction. The weather conditions during the previous fall as the maple tree freezes are also thought to play a role in “priming” the tree for the following harvest season. We have not studied these other effects although they would be an interesting topic for future modelling studies.

Have there ever been shortages in maple syrup production?

There are many news stories that report on certain seasons when unusual climatic conditions lead to anomalously low sap harvests, or short seasons, or other effects. There is considerable concern within the industry about the potential impacts of climate change and whether sustained warmer average temperatures could seriously harm the maple industry by lowering yields beyond what is economically feasible.

How can this work benefit the maple syrup industry? 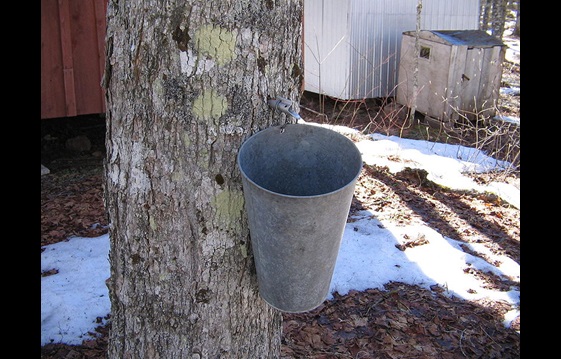 We can provide a description of the fundamental physical processes driving the pressure build-up that makes maple sap harvests possible, and any concrete knowledge of why maple trees behave the way they do is of great interest to maple producers. This knowledge will hopefully initiate more informed studies of how environmental conditions and climate change may affect sap harvests. Our hope is that having such a validated model in hand will permit the industry to plan ahead rather than react to conditions as they happen.

How will you use or develop the model in future work?

A primary aim of future work is to use the model we have so far developed to perform more detailed parametric studies and to investigate how various changes in environmental and soil conditions may affect sap harvest, providing syrup producers with more informed predictions. We will also perform optimization studies to look at the best number and placement of taps in a given tree, when to begin tapping and how much vacuum pressure to apply to maximize yield. Finally, we hope to improve the model by incorporating other details of the cellular-level processes into account, as well as obtaining new experimental measurements that can be used to validate and improve the results. 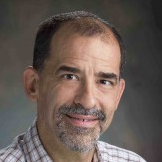 Professor John Stockie is an applied mathematician with an interest in developing mathematical models to study problems in biology and engineering. His primary research interests are in fluid mechanics and especially porous media flow. He grew up in Ontario in the middle of a maple syrup producing region. This study began when he stumbled across a paper on experiments of exudation pressure in maple, and then subsequently approached the North American Maple Syrup Council (NAMSC) to fund a mathematical investigation of sap flow out.

Read the paper in full ‘Multiscale model of a freeze–thaw process for tree sap exudation’ here.