Is there life on Mars?

Not yet, but we could all be living there soon. Some complicated challenges to overcome first though, but synthetic biology might just have the answers…

Published this week in Journal of the Royal Society Interface ‘Grand Challenges in Space Synthetic Biology’ reviews recent progress in achieving long-duration missions to Mars and highlights the challenges and opportunities of using synthetic biology in space. We spoke to lead author Adam Arkin. 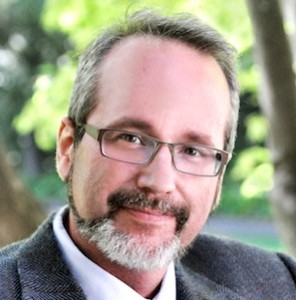 Have you always been a space biologist?

I’ve been fascinating by the vastness of space and the possibilities it holds, but no, I’m a chemist and bioengineer. Amor Menezes (co-author) joined my lab a couple of years ago and really opened this line of thought in the laboratory. He has an aeronautical engineering background and we started designing microbes to optimize their use for more proximal applications. He began to interact with NASA scientists we knew and was inspired to push towards how engineered biology could help support long term space missions.

How does this paper differ to the Review you previously published in Interface?

In the first paper we focus on what could almost be done now with existing technologies to address key point challenges, generally in resource utilization. In this paper we describe the greatest barriers to long duration space missions and prioritize what scientific and technological approaches will require the deepest thought and innovation.

How did you decide on the six ‘grand challenges’ featured in this review?

Our choice was driven by the basic needs of human life. To live anywhere we need to be able to obtain resources, construct things from them, and use them to adapt ourselves to changing environments. Mars has an especially resource limited and harsh environment to which to adapt, so we needed ways of turning the simple and rare building blocks available into the more complex materials needed to build shelters, support our health and establish micro- and macro-ecologies to make the land more hospitable. In each case cited biology was of course the key barrier.

I’ve never heard the word ‘terraforming’ before – what is this and what does it mean?

Terraforming means making an inhospitable environment more favourable to long-term human occupation through engineering. In its extreme, it is the transformation of a planet to have an environment that can support human life effectively. While we recognize the technical and ethical barriers to even limited terraforming on an alien planet, the subject is key to understanding how to improve polluted or otherwise eroded lands on Earth, and to use in situ resources effectively no matter where humans may travel. 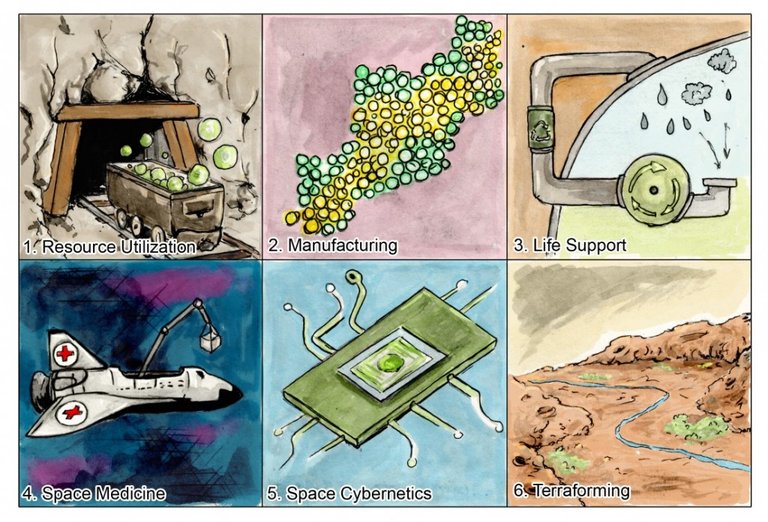 Are all these challenges as difficult as each other, or are some easier to accomplish than others?

Waste recycling and space medicine have many solved pieces and there are some key but clearly approachable engineering challenges to optimizing them. But efficient in situ resource utilization and effective limited and contained terraforming (limited to an enclosure as opposed to a planet-wide effort) both have a number of less understood steps involved in scaling the technology to be useful and safe.

With advances in synthetic biology and accompanying technology, how long could we feasibly ‘live’ in space for – would there be a limit?

It would depend on what the scope of all the technology is and how much we are willing to spend. I would bet we could live a long a time in space with the proper support – even establishing permanent colonies at some point. Though I would not survive a second in Mark Watney’s position.

How scientifically accurate was The Martian – could we survive that long and grow potatoes on Mars?

I just read the book and as an engineering nerd and fan of stories of extreme competence I can say I really liked it. There was enough reason behind the solutions that even a scientist could suspend disbelief for the sake of the story. Growing plants is feasible though difficult of course. He has the right materials and approach. Mars geeks will point out that he skipped steps like washing perchlorates from Martian soil and dealing with the possibly pathogenicity of the human waste that would normally be composted. [Nine real NASA technologies in The Martian]

The first picture of Mars was taken 50 years ago and now we’re thinking about colonising the planet. It seems we’re advancing pretty quickly – it this true? Where do you see our knowledge expanding to in another 50 years?

I am astounded and utterly delighted at the pace and progress of science on all fronts these days. We are making progress in energy, medicine, engineering, synthetic biology and data science that should greatly lower the barriers to a trip to Mars. The same science that supports this should also help us address critical problems of increasing the efficiency, productivity and resilience of agriculture here on earth to feed our growing populations. It should help us address infective and chronic disease with engineered biological solutions. We should be able to better steward and repair our environment. I think we will see transformative change in our understanding and repair of the human brain too.

Our greatest challenge perhaps will be how to responsibly use our rapidly growing knowledge and capabilities best and most effectively as the pressures on our planet grow due to our demands.

Adam Arkin is Professor of Bioengineering at the University of California Berkeley; Interim Biosciences Deputy for Science; and member of the Environmental Genomics and Systems Biology Division, Lawrence Berkeley National Laboratory. The Arkin laboratory seeks to uncover the evolutionary design principles of cellular networks and populations and to exploit them for applications.

‘Grand challenges in space biology‘ is published today in Journal of the Royal Society Interface.