Integrity or impact? Confessions of an early career researcher

How can we make academics’ and scientists’ goals come into alignment? 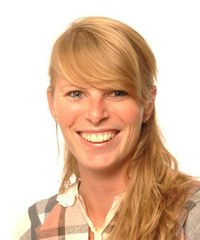 Alecia is part of the Large Animal Research Group at Cambridge and is interested in how and why variation in behaviour is generated and maintained in wild animals.

I adore science. I love the process of discovery: formulating hypotheses, making observations, collecting data, interpreting and explaining my results—the whole procedure, even the dreaded data analyses. So being an academic should be my dream job. But the reality of academia is stifling the passion and creativity needed both to enjoy science, and to do it well. Making a career in science today is about one thing: publishing (a lot) in (the right kind of) journals to show (the right kind of) people that your work has (quantifiable) impact (so that your institution gets more money for it). Is this really what science is about?

Perhaps the more pressing question is: will these values lead to the best science?

Competition in academia, epitomised by the pervasive and harmful aphorism “publish or perish”, affects researcher behaviour because academics are not assessed on whether their research leads to scientific truth, but on their putative ‘impact’. But this ‘impact’ is often a poor measure of good science—the various proxies that are currently used to assess contributions to the scientific literature are fundamentally flawed.

Current assessment practices in academia have and will continue to result in: bias in the scientific literature (Fanelli 2012); irreproducibility of results and over-inflation of effect sizes (Ioannidis 2008); wasted research funds (Stern et al. 2014); and the attrition of women (Lawrence 2006). The consequences of competition are undesirable not only for science, but, in extreme cases, also for society both indirectly (by funding research based on fabricated data: Reich 2009) and directly (by adopting insensitive tests for infectious diseases: Crewdson 2002).

Current selection for high impact results over high quality science encourages us to compromise scientific integrity for the sake of academic impact (Anderson et al. 2007; De Rond et al. 2005; Fanelli 2012; Nosek et al. 2012; Steneck 2006). This is particularly true for early career researchers as we have only a brief window to generate ‘impactful’ research.

How can we make academics’ and scientists’ goals come into alignment? The selection of academics has to change its criteria if researchers are to change their behaviour. We need a collective, cultural shift in academics’, editors’, funders’, and governments’ research values and practices. As an individual early career researcher against the status quo, I often feel impotent. But as individuals, we can each change our values and act on them. We can value reproducible results more than novel, but potentially irreproducible, findings. We can value a paper’s quality for its methodology and rigor, not its p-value. We can value what a researcher has published, instead of where.