Q&A: Why Darwin would have loved evolutionary game theory

Every year, Proceedings B invites a leading author in the field to write the annual ‘Darwin Review’ for the journal. The aim of the Darwin Review is to showcase ideas and/or a field in biological science that is of very high interest to the whole diverse readership of Proceedings B.

This year, Professor Joel Brown from the University of Illinois, tells us ‘Why Darwin would have loved evolutionary game theory’. We asked him to answer a few of our questions about his fascinating review topic. 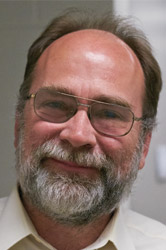 What exactly is game theory?

Game theory is a wonderful branch of mathematics and conceptual thinking. It addresses a commonplace yet complicated question. How should I behave when my best choice depends upon the choices of others? The “I” and the “others” in this problem can be individual humans, individual organisms, institutions, sports teams, organizations or nations. To the uninitiated, game theoretic problems often devolve into confusions of infinite regress: “What should I do if she knows that I know that he knows that I know that she knows …”. Many have said that such problems should be left to intuition – diplomacy after all is an art. But, through game theory these problems have mathematical solutions and deep insights can be gained beyond mere common sense.

How is game theory useful for biologists?

Traditionally, game theory has been used to understand the logic behind social behaviors. Familiar and simple games such as the Prisoner’s Dilemma, Game of Chicken, Battle of the Sexes, and Snowdrift Game find parallels in nature via animal contests, mating behaviors, social foraging, tragedy of the commons and altruism. Through game theory, biologists now understand the maintenance of diverse social behaviors within a single group, or the persistence of behaviors that benefit the individual by undermining the group, or vice-versa. Peruse any recent issues of journals publishing animal behaviour and the majority of papers will involve research that is either explicitly or implicitly game theoretic.

How can this be extended to explain evolution and natural selection?

To me, evolution by natural selection is a game. Natural selection drives the fit of form and function – the observation that organisms possess traits (adaptations) that make them remarkably apt and well suited to their environment and circumstances. For an individual organism its adaptation is the best given the circumstances. Yet, more often than not, those circumstances include the traits of others. Indubitably, adaptations are the solutions to evolutionary games. Fortunately, evolutionary game theory has been extended to consider way more than just pair-wise social interactions. It now encompasses predator-prey foraging games, coevolution (the reciprocal evolutionary responses of one species to another), speciation, and adaptive radiations.

Your Darwin Review extends this even further, and uses game theory to explain the progression of cancer within the human body – tell us about this theory?

I and a number of colleagues see metastatic cancer as the evolution of a novel, single celled organism. It was once a homoestatic part of you, but no longer. Within their tumor ecosystem, the cancer cells are a unit of natural selection. They proliferate, compete and evolve adaptations to their circumstances and to each other. That they evolve is indisputable – therapy fails because cancer cells evolve resistance. That they speciate, diversify and fill distinct niches is becoming more widely observed and accepted. Can cancer can be defined, understood and modelled as an evolutionary game? I think so. But we shall see. And, if cancer is an evolutionary game, then knowing this offers new and exciting opportunities for increasing the longevity and life-quality of those suffering from incurable cancers.

So, game theory can be used to explain a number of evolutionary paradoxes that have intrigued evolutionary biologists since publication of the Origin of Species. What do you think Darwin himself would have thought about game theory?

I think he would have loved it, embraced it, and likely studied it in detail. And, anytime Darwin labored long at a task, he wrote a book. We might now have on our shelves “On the origin of paradoxical characteristics”. In fact, Darwin (and many pre-evolutionary game theory biologists) applied game theoretic thinking in imagining why gaudy traits may be essential to the males of some species, and preference for such silly adornments adaptive for females. We see such thinking in Darwin’s thoughts on cooperation, mating behaviors, and animal societies. In our understanding of Darwinian evolution, I believe the discovery of evolutionary game theory should rate as highly as the rediscovery of Mendel’s Laws.

The full article ‘Why Darwin would have loved evolutionary game theory’ is available online and has been made free to read. You can also read previously published Darwin Reviews.