An early career researcher’s take on the Royal Society’s response to the REF consultation.

"During almost three years as a University Research Fellow at the Royal Society, I’ve done my best to get involved, from outreach activities to debates and discussions. So when I was asked to join a group of Fellows from the Royal Society to help develop the Society’s response to HEFCE’s consultation on REF, I leapt at the chance." 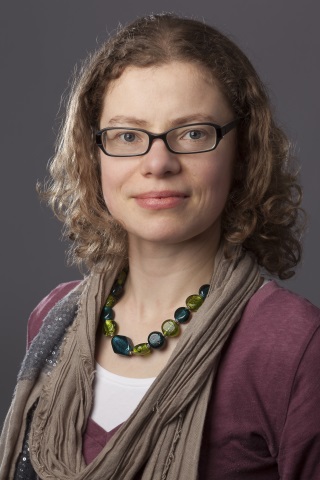 Dr Kate Hendry is a Royal Society University Research Fellow based at the University of Bristol. Her research is focused on biogeochemical cycling in the oceans.

Over the next few months, we shaped a vision for how REF 2021 could be, putting the institution at the centre of the system, rather than pressure falling onto individuals. I also took part in a morning of discussion with other early career researchers (ECRs) from across the sector to see if we had missed any potential challenges. The Royal Society’s proposals focus on ensuring that REF 2021 works better for all. Here are some of the big issues raised during our discussions, and why I think the Society’s proposals should form the basis of REF 2021.

The Royal Society has proposed introducing a portfolio submission of outputs to support each institution’s environment statement.

The vast majority of researchers across disciplines no longer toil away in their private ivory towers: we work in teams.  At my university, the Schools within the Faculty of Science are so permeable, with a free flow of knowledge and skills between them, allowing great research that spans different specialities. I’d be delighted if we could be rewarded for this more. But the REF 2014 was not designed to capture this: only some individuals were selected to submit a restricted number of outputs, while other essential aspects of a research environment, such as research technicians, librarians, and facilities did not fit neatly into REF submissions, and so risked being undervalued and neglected. Exciting, collaborative research was often considered too risky, and so wasn’t being supported or recognised. In essence, this system failed on many occasions to capture the wealth of research activity that takes place within institutions, and in collaboration with others beyond.

This is where the Royal Society’s proposal is beautiful in its simplicity: The institution submits a range of outputs that evidence the richness and strategic vision of that institution, as outlined in their environment statement. So if the institution claims to have great industry collaborations, these should be evidenced in its outputs.

Hire me as a person, not a bibliography

The undesirable side-effects of the current system don’t stop there. One of the major, and rather unfortunate, issues of the previous REF arose because a researcher’s outputs were portable: if they moved to a new university before the REF deadline – even by just a day – then their past work would go with them. This caused a lot of game-playing that impacted all researchers, but with a particularly negative effect for ECRs, as it created an artificial five year cycle in the hiring of postdoctoral researchers into faculty. If you were lucky to be searching for a job at the right time, then great (you could even look forward to a higher-than-average salary). However, if you happened to need a career break at that point (such as parental leave) then you missed out on promotion for the next five years. And on top of that universities could get credit for research that they potentially had nothing to do with.

So, what have the Royal Society suggested?  Instead of papers going with you, they stay at the institution where the work was done. If REF 2021 is to be a truly institutional assessment, it is the logical next step that the research outputs produced at that institute stay at that institute. Now, this raises the potential objection that this would decrease the “employability” of an ECR. Why would University of X employ me if I don’t actually count towards their REF submission

However, I’d argue that this actually improves the situation for ECRs: rather than just being a sum of your papers (some of which you may not have been the lead driving force behind) you can be hired for your potential in the future. Institutions will have to outline a vision for their future research environment as set out in the environment statement and hire on that basis. I, for one, would rather be thought of for my future potential rather than my past. And all ECRs will be applying for roles under these terms, so everyone will be in the same situation.

If REF 2021 worked under this premise, several questions and queries that arose from the Stern review fall away. It instantly removes pressures on ECRs, or researchers who have taken a career break to have children or for any other reason. It rewards aspects other than publications (outputs from dance performances to datasets), supports research technicians, and encourages collaborative and risky research.

Challenges of the proposals

If the Royal Society’s proposals are taken forward, there would still be challenges to face. Practicalities need to be addressed such as determining how many outputs each institution should submit and accounting for different sizes and types of institutions and departments.  Also, institutions will understandably always look for ways to maximise their income through a high REF score and new forms of game-playing could emerge that could impact ECR careers. However, I think this novel thinking around the REF really shows that there are new ways that we can judge the excellence of research in our universities that minimise the negative implications for the next generation researchers and value  the full breadth of research activities of our world-class universities.