"Alan Turing’s law is a step forward, but in reality it is half a step. The Government did not have the courage to treat live gay people as well as they have the dead. The reason for that is something to ponder." 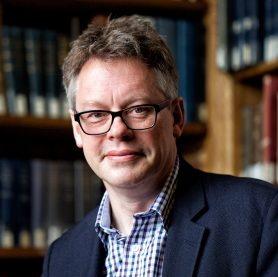 Sir John Dermot Turing graduated from King’s College Cambridge and New College Oxford. He spent his career in the legal profession, most recently as a partner of Clifford Chance. Since 2014 he has moved into a more varied range of activities, including an active role as a trustee of Bletchley Park. Dermot Turing is the nephew of Alan Turing and author of the latest biography on Turing (‘Prof’: Alan Turing Decoded, published in 2015 by The History Press).

The thing that has become known as “Alan Turing’s law” has a long history. The tale begins late in the night of 6 August 1885, when during a debate on the Criminal Law Amendment Bill in the House of Commons, Henry Du Pré Labouchere inserted an amendment which criminalised consensual private sex between men, described as “gross indecency”. The debate is said to have lasted four minutes.

Alan Turing wasn’t yet born in 1885, but by 1952 a rise in convictions showing up in the statistics suggested that either post-war society was gayer, or the police were tackling gross indecency with extra vigour. Alan Turing was one of the casualties, having gone to report a burglary; the police were more interested in Alan’s (remarkably stupid) comment that he thought he knew the identity of the culprit, who was a friend of a young man Alan had picked up in a pub.

It is well known that Alan Turing was required to undergo a course of psychotherapy and hormone treatment as a condition of being put on probation rather than sent to prison. It is probably less well known that the “treatment” was probably illegal, even in 1952, founded on circular logic, and dependent on science which would not get through a modern peer-review process.

Although the Wolfenden Committee was convened in August 1954 – only three months after Alan Turing’s premature death – to look into the possible decriminalisation of consensual private gay sex, the first significant reform of the law did not happen until 1967. Meanwhile, as with all offenders who have been convicted under repealed legislation, the offences of the past remained on the books. Until, finally, the Policing and Crime Act, passed earlier this year, which pardons most of them.

Alan Turing’s role in all this has been strange: he has been dead all the while. His achievements, and in particular his contribution to the code-breaking effort at Bletchley Park during World War 2, only came into the public eye in the last few years of the 20th century. Alan’s personal calvary added a Shakespearian twist to the story of his other achievements in computing, AI, morphogenesis and mathematics, and that captured the public imagination. How could the State have treated Alan Turing in such a way? Gordon Brown issued an apology on behalf of the UK Government in 2009; the coalition Government followed up with a pardon in 2013; and now the absurdity of pardoning only one offender out of 49,000 has been recognised in the new 2017 Act.

The 2017 legislation is, unhappily, not the end of the story. It grants an automatic pardon to all men convicted of gross indecency —but only if they are already dead. For the living, it is necessary to make an application; the Secretary of State can refuse to issue a pardon, if it she is not certain that the convicted man’s partner was over 16, consented, and the act did not take place in a public lavatory. Establishing these facts after many years could be tough.

Alan Turing’s law is a step forward, but in reality it is half a step. The Government did not have the courage to treat live gay people as well as they have the dead. The reason for that is something to ponder.


Sir John Dermot Turing spoke at the Out in STEM event at the Royal Society on 28 February 2017. Watch the video.