European mobility and the potential consequences of Brexit

Today, Journal of the Royal Society Interface has published a research paper examining the mobility of high-skilled workers in Europe.

"The future of the continent depends on the ability of the economies to create strong ties and efficient collaborations in science and technology."

The Houses of Parliament have passed the Brexit bill and the prime minister is expected to trigger Article 50 by the end of March.

A central pillar of the European Union is the freedom of movement of people within its borders. This basic principle is particularly important for science, which beneﬁts from the ﬂow of people and their ideas, knowledge, and skills. How will Brexit, and potential immigration law reform in the UK, impact this movement, particularly in an increasingly global knowledge-based economy?

Today, Journal of the Royal Society Interface has published a research paper examining the mobility of high-skilled workers in Europe, including the science and engineering sector, before and after the 2004 enlargement of the European Union.

The authors, Alexander Petersen and Michelangelo Puliga, used network analysis to assess the integration of European professional labour markets between 1997-2014, and used the data to estimate the impact of Brexit on these networks. We invited the authors to answer some questions about the work below.

What prompted this research?

Alex: It arose out of a different project, in which we were aiming to study the impact of EU enlargement on the cross-border integration of European science. We were completely amazed to come across The EU Single Market Regulated professions database, which gave us access to such a rich historical perspective.

Michelangelo: Internal migrations in the EU have a long story, since the industrial revolution many workers migrated through European countries to get better working conditions and higher wages. However, the mobility of high-skilled workers, professionals and researchers is a rather recent phenomenon that has been accelerated with the European Union and the Schengen agreements. Studying how educated people move across countries is of fundamental importance for the future planning of European science and technology. 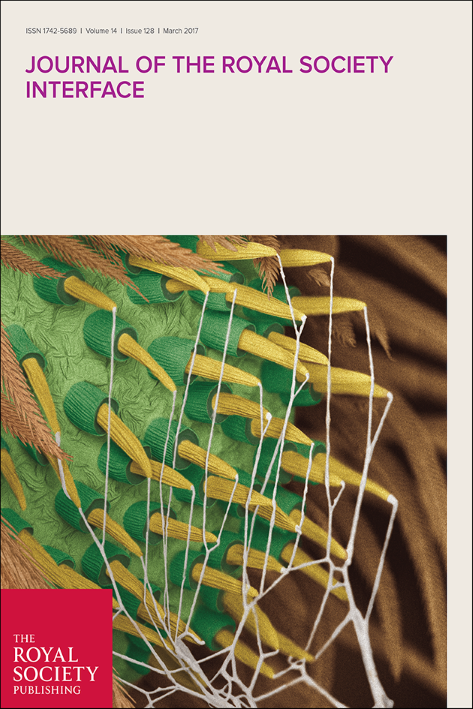 Why is it important to understand migration across Europe?

Alex: I think it’s important to understand migration because it’s a fundamental human driving force, providing the opportunity not just for individual growth, but also in this particular context, for understanding the emergence of European unity which can manifest from the collective experience of mobile Europeans.

I was fortunate enough to have the opportunity to emigrate to Europe for 5 years from the US, and I jumped at it. It was a risky career decision, but in the end I grew so much, personally and professionally, from the wonderful national and institutional cultures I came across, and so in the end it was an invaluable experience.

Michelangelo: The future of the continent depends on the ability of the economies to create strong ties and efficient collaborations in science and technology. One way to achieve a high level of integration is through the migration of the workforce, especially of the most educated one.

But the migration of people can also generate diffidence and nationalism, political polarisation and debate that is often rather ideological. Research with numbers on the phenomenon is the best way to understand what is going on.

"By discouraging the growth and development of existing links the professional workforce becomes less competitive and potentially less innovative."

What does your analysis tell us about the movement of people in Europe since 2004?

Alex: One of the main stories, is the development of the East to West and West to East high-skilled migration channels. And while much attention has previously focused on the negative aspects of the net brain drain (the E>W), the data show positive signs of a W>E channel forming – likely capturing “home return”.

Ideally, someday, these channels reach the point where it’s like a 2-lane highway with the same number of persons going in both directions – in the particular case of high-skilled workers, this is crucial from a socio-economic perspective, because these individuals are literal vehicles for transporting valuable skills, knowledge, and experiences in different institutional environments, back home.

Michelangelo: The consequences of Eastern European workers are well known in UK, where new migrants put pressure on the wages of non-skilled workers. Conversely, companies looking for high-skilled people have had a lot of benefits from the enlargement of the EU. The pressure and the competition in science was a positive phenomenon especially for UK universities as large institutions attracted many brilliant researchers from abroad. 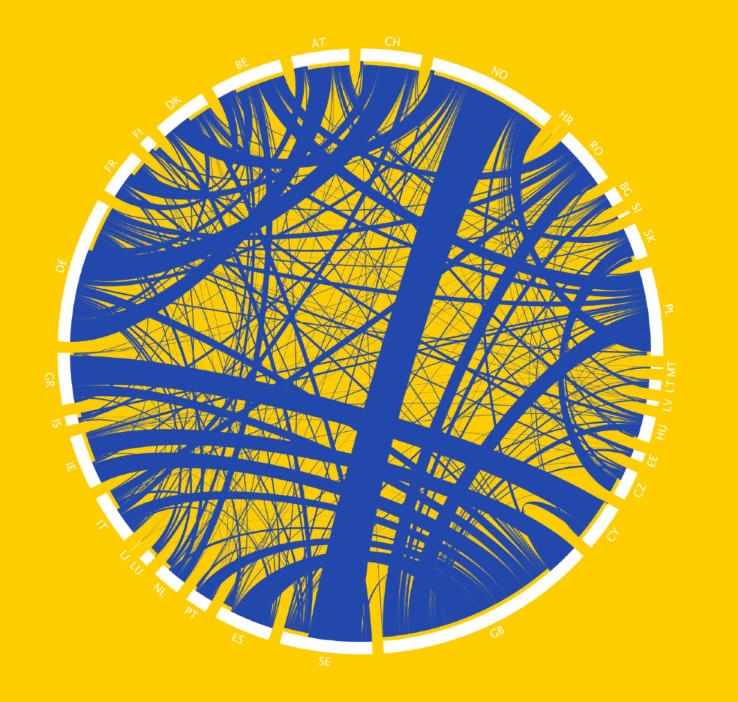 Visualisation of the high-skilled labour mobility network using official EU records from the post-enlargement period 2005-2014. The width of the directed links are proportional to the mobility between countries, which are denoted as peripheral arcs with length proportional to total incoming and outgoing mobility. doi:10.1098/rsif.2017.0030

What do your results suggest about the consequences of Brexit on European mobility networks?

Alex: Well, it probably goes without saying that the privileged position of the UK, as one of the main attractors of Europe’s skilled labour, will suffer. Suffer in the sense that, any limitations on immigration will implicitly turn away trained, skilled, and certified work, which given the shift towards knowledge-based economies, could significantly reduce current and future competitiveness.

In our study we simulated the potential consequences of a Brexit immigration policy by artificially reducing the amount of immigrant UK labour, and then measured how the structure of the entire network responded to this change.

At the country level, we were able to estimate the negative impact on the principal labour “trade partners” of the UK – estimating that 20% of the mobility is directed away from the UK, as a result of potential “hard” Brexit policies.

From a systems perspective, our results indicate that levels of inequality in labour market competitiveness across the EU could considerably improve. In other words, by reducing the excess flow towards the UK, this could benefit the circulation of people, knowledge, tacit skills, and cultural exchange across Europe. To this end, our analysis shows that there has already been significant improvement in “brain circulation” since the 2004 enlargement, partly due to the subsequent emergence of the W>E mobility channel.

How will leaving the EU impact the UK’s professional workforce?

Alex: In terms of the cross-border links that are formed when people migrate, discouraging the growth and development of existing links, and even eliminating them in the case of forced home-return, the professional workforce would become less locally competitive, and to draw on analogies from the economic study of monopolies, the workforce might also become less innovative. A particular type of innovation, which relies on the recombination of ideas, is easily hindered when the circulation of knowledge is quenched.

Michelangelo: What is less known is the impact on UK citizens working abroad, these workers may face some limitations. Also, several UK companies having branches in the EU may choose to relocate their workforce or even close mainland activities.

Countries such as Luxembourg, Ireland and The Netherlands have special fiscal regimes that can eventually attract UK companies deciding to relocate. These effects can backfire on the British economy, but the impact is simply not possible to estimate before understanding all the future EU-UK agreements post-Brexit.

If there’s one thing you want people to learn from this paper, what is it?

Alex: Try not to focus on national identity, but rather to appreciate the bigger international picture.

Michelangelo: The dynamics of migration is a complex phenomenon. A network of workers’ movement divided by sectors and with strong national differences cannot be simplified with slogans such as “foreigners are taking our jobs”.

Are you going to continue looking at network migration post-Brexit?

Alex: Probably not. I certainly fell in love with Europe during my short stay, but now that I’ve returned back to the US, there are new problems, like socio-economic inequality and climate change, that are luring me forward.

Michelangelo: Post-Brexit is a point in the future that is not possible to quantify in 2017. The process will take years and the possible scenarios are directly related to the political decisions. As scientists we can only hope that UK science and scientists will be free to continue all the collaborations they have with European partners.

EU students can study and do research in the UK and vice versa. Our first action would be supporting science with virtually no borders and no nationalities. Only imagination.

Dr Michelangelo Puliga is a post-doctoral researcher at the IMT School for Advanced Studies Lucca, Italy.