Innovation, from cells to societies

The latest theme issue of Philosophical Transactions B addresses how ecology, environment, ontogeny and evolution are central to understanding the complexity of the processes underlying innovation.

The latest theme issue of Philosophical Transactions B addresses how ecology, environment, ontogeny and evolution are central to understanding the complexity of the processes underlying innovation. We spoke to Guest Editor Michael Hochberg, Research Director CNRS. 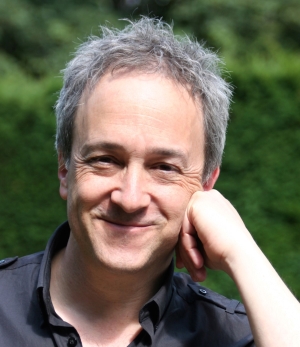 What is innovation and how do you identify it?

Innovation is the breaking of an adaptive pattern through the emergence of phenotypic novelty, sometimes corresponding to a new ecological function. Phenotypes in biology include anatomical, physiological and behavioural traits, such as bird wings permitting flight. Innovations are also obviously a part of cultural and technological evolution, and include behavioural norms, institutions, and tools. Importantly, there are considerable analogies between innovations in biology, culture and technology, suggesting that the same driving processes come into play.

I mentioned the example of bird wings permitting flight. Wings are the phenotype – flight is the function. Both emerged as novelties in certain dinosaur lineages, but wings serve many other functions in modern-day bird species such as paddling in water birds, courting displays, and thermoregulation. And of course the function of flight has been lost or reduced in some bird species. Winged flight has also emerged in other animal lineages, such as the insects, and some of the same generic structures of bird wings are found in gliding mammals and reptiles. Anatomical structures permitting the use of air for displacement has therefore emerged independently many times. So innovation may derive from a single chain of events (such as photosynthesis), or be a more inevitable occurrence arising in multiple independent lineages (gliding and active flight).

This brings up the important question of how we can identify an innovation. The short answer is that I can’t, but we can. There needs to be consensus on achieving certain characteristics: something never seen before; something permitting increased efficiency or yield, or a new function; something invading the population, community, or market and creating a space for further adaptation, novelty and innovation. Each of these involves subjective assessments, both in identifying what exactly to measure and determining the threshold levels of each to deem something an innovation.

Can common patterns or rules be identified when looking at such a broad range of examples?

The common pattern is that inventions may frequently emerge, but only a small subset has the potential to lead to innovation. Such inventions, when recombining with existing phenotypic traits may form a novelty, and it is this novelty that can become an innovation should it spread through the population, or create a new niche for the lineage (for example, wings permitting flight, which enables different hunting opportunities and more effective escape from certain types of predator).

On a longer time scale, innovation takes the phenotype on a distinct evolutionary path that is in rupture with respect to prevailing adaptive trends. Innovation encompasses changes to the individual, the population, the surrounding environment, and leaves a phylogenetic signature.

Why is it important to understand innovation better?

Fundamentally, we can wonder if evolution is open-ended; that is whether change will continue ad infinitum. There are many caveats here. First, a system may continue evolving, but the phenotypic ‘jumps’ become ever smaller or ever less frequent. This may occur, for example if a lineage is canalized or ‘locked into’ an evolutionary path or phenotypic state. Second, the propensity for evolutionary change will depend to some extent on environments. Environments are complex, meaning that not only the rate of change, but also what changes, will be complex. Third, innovations are arguably the most impressive examples of the complexity of the evolutionary process.

In the applied realm, can we predict the next innovation or even engineer innovations? Could we have predicted cell phones from the first telephones in the 19th century? Probably not. But as circuitry and telecommunications advanced in the mid-20th century, yes, further technological developments were underway predicting what would be the recombination and adaptation of different components to make the first portable phones in the 1970s.

Prediction and engineering are broadly similar in biology. Exciting here is the recent explosion in research experimentally evolving microbes. Some microbes exchange massive amounts of genetic material, opening the possibility that innovation may occur over time scales observable in a typical research project. This is important in the applied realm since genomes can be engineered. Engineering a new technology, synthetic drug, organism, or cell line calls on curiously similar processes to ‘natural innovation’: invention, recombination, streamlining of the novelty and its diffusion, and assessing the positive and negative impacts on the environment.

What are the biggest difficulties facing research around innovation at the moment?

First, innovations are almost invariably based on a posteriori assessments, because of a lack of methodology for studying would-be innovations before they are achieved. We have almost no idea of how common and discoverable are intermediate states leading to innovation. Second, in the biological realm, some of the most stupendous innovations, so called “key innovations”, occur over macro-evolutionary time scales. This means that their study depends on the information gained from the incomplete fossil record and ancient DNA. Third, we lack rigorous criteria for deeming an object as an innovation. Current approaches invariably have a degree of subjectivity, and some objects may be more innovation-like than others based on some but not all criteria.

Did you personally learn anything that surprised you when editing this issue?

I was surprised that the vastness and complexity of the processes underlying innovation could be conceptualised as a relatively simple diagram. Possibly the most important insight emerging from the papers in the special issue is the contextual nature of innovation. We refer to this in the Introductory article as the “innovation ecosystem”: the interaction and interdependency of multiple levels in the phenotype. For example, the innovation ecosystem of winged flight in birds includes novel developmental pathways, biochemical expression and function, musculature, supporting tissues and skeleton, feathers, and cognitive/neural functions. Each of these is adapted as part of an interacting network to support different facets of active winged flight in birds. Innovation ecosystems are also found in culture, such as plant and animal domestication and the growth of cities, and in technology such as solar panels and cell phones.

‘Process and pattern in innovations from cells to societies’ compiled and edited by Michael E. Hochberg, Pablo A. Marquet, Robert Boyd and Andreas Wagner, published 23 October 2017.