On 12 September 2018 the Royal Society and Royal Academy of Engineering will be launching a report on the features and prospects of greenhouse gas removal technologies for meeting climate goals in the UK and globally.

Alongside the development of that report, the Global Environment Research Committee (GERC) took the opportunity to look back to the 2009 Royal Society report ‘Geoengineering the Climate’ and consider how research has moved on since then. Professor Eric Wolff FRS, chair of GERC, outlines the themes and findings of this discussion. 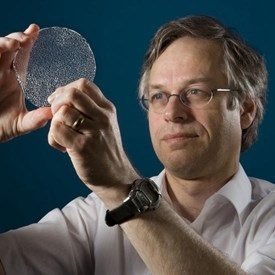 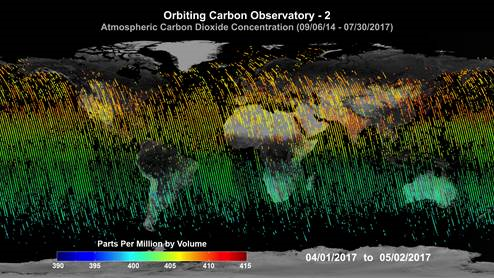 In 2015, in Paris, governments from around the world agreed to a goal of keeping global average warming to well below 2°C above pre-industrial temperatures, while pursuing efforts to keep it below 1.5°C, in order to avoid dangerous impacts. The aspiration was clearly to achieve, as Holdren once put it, “a lot of mitigation” and thus avoid the need for excessive adaptation or suffering. However, it is not clear how the Paris signatories expected to achieve sufficient mitigation to reach their targets. Some of our recent work in the Royal Society’s Global Environmental Research Committee (GERC) suggests that many of the options have a mix of potential consequences – adverse as well as positive – that merit much wider debate than has been apparent thus far.

Mitigation is often thought of only in terms of reductions in emissions of carbon dioxide and other greenhouse gases. However the pledges nations have made so far to cut emissions (many of which seem unlikely to be met) would collectively fall far short of allowing a smooth landing at a 2° rise. Most scenarios that achieve this target not only imply an overshoot – whereby 2° is exceeded – but also the use of “negative emissions”, which represent a very different form of mitigation.

Negative emissions technologies involve actively removing carbon from the atmosphere rather than simply stopping further emissions. Such greenhouse gas removal (GGR) technologies have often been considered alongside another form of technological intervention, solar radiation management (SRM), under the broad category of ‘geoengineering’.

In 2009, the Royal Society produced a report, “Geoengineering the Climate”, that looked at some of the techniques available. In March this year, GERC held a workshop to assess how the geoengineering options and attitudes to them have evolved in the decade since that report was issued.

A short report on the workshop (PDF), with research recommendations has been produced. However here I want to give some personal impressions on this complex scientific and social issue.

Geoengineering is a term that can produce an emotive and negative reaction in many people. Indeed, it can be unhelpful to use the term at all, as it embraces a wide range of techniques that have very different characteristics and should each be considered on their own merits. It is worth remembering that in the last century or so humans have already carried out a giant geoengineering project by increasing the amount of CO2 in the atmosphere to levels that have not been encountered for probably three million years. Continued increases will certainly lead to significant climate change, and the possibility of almost irreversible impacts such as the loss of large ice sheets. Left to itself, the Earth’s system will take many millennia to return to pre-industrial CO2 levels.

The question then is not so much whether to carry out geoengineering – in the shape of GGR or SRM – but to what extent we should undo the geoengineering we have already undertaken, and how we should achieve that.

GGR appears to be an obvious option, because it seeks to reverse the addition of carbon dioxide to the atmosphere, and at one end it includes conventional mitigation techniques such as tree planting. However, that is not to say that it is free of negative aspects.

The most discussed form of GGR is the use of bioenergy with carbon capture and storage (BECCS). This involves growing crops and then using them to generate energy in a power plant where most of the CO2 is captured and stored. In this way the CO2 removed from the atmosphere by the plants is taken out of the system without being re-emitted during combustion. While this sounds benign, it poses several challenges.

Firstly capturing and storing the carbon on the required scale is not yet proven, and research and demonstration-scale projects are urgently needed. Second, BECCS requires land that might otherwise be used for food, habitat or amenity. Other GGR techniques appear more distant – but they also raise similar technological and environmental challenges.

SRM seeks to mask some of the climate symptoms of increased greenhouse gas concentrations by reducing the amount of energy reaching the Earth’s surface in the form of sunlight. However the climates produced by a combination of increasing CO2 and reduced solar input are not the same as those that would exist without either, and SRM does not address another major issue associated with rising CO2, namely ocean acidification.

The most commonly discussed SRM technique is the injection of particles into the stratosphere to reflect sunlight away from the Earth, analogous to the effect of large volcanic eruptions which have caused widespread cooling. This appears to be technically possible, but it is hard to predict exactly what weather patterns and atmospheric chemistry changes might result. It also raises the question of who decides where SRM should be deployed – and to what extent – in circumstances where some nations will perceive a benefit, and some a detriment, compared to doing nothing. SRM has the advantage that it could in theory be deployed quickly, allowing us to avoid unwanted climate changes rapidly. However this has a corollary: if it is not continued then we will revert just as rapidly to the unmasked climate conditions we were aiming to avoid, without any time to adapt.

A final concern about geoengineering options is that their potential availability might reduce the appetite or motivation to pursue emissions reductions. Such reasoning may have been a factor in the Paris process, whereby politicians have embraced a target – but not the emissions reductions needed to reach it by conventional means.

New and difficult decisions will soon need to be made. If, as seems likely, we are really not going to reduce emissions enough to avoid passing 2°, do we accept the suffering involved in a 3° rise, or do we prefer the risks and costs associated with some form of geoengineering? What mix of mitigation by emissions reduction, mitigation by geoengineering, adaptation and suffering do we want and how should we plan for it? Such questions demand a new debate, calling on scientific, engineering and social science expertise. It is a debate that our society urgently needs to have.