Remote science: challenges of working in the polar regions

At its headquarters in London, the Royal Society’s Global Environmental Research Committee (GERC) examined the state of polar science.

The Arctic and Antarctic modulate the global climate system, their productive oceans support vast numbers of plankton, fish, sea birds and mammals, and their ice sheets lock up the majority of the Earth’s fresh water. 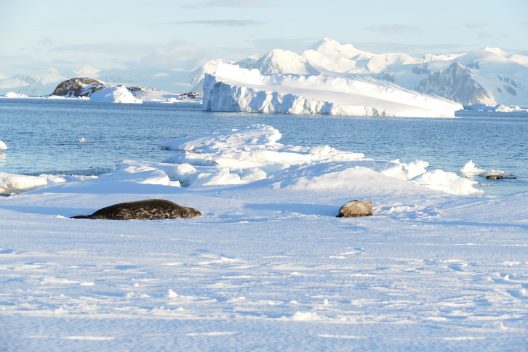 Despite the importance and the remarkable international scientific collaboration in the polar regions, the remoteness and extreme weather conditions mean that doing science on the ice can be a little trickier than usual.

Recognising that the ice masses at the top and bottom of the world are an integral part of the Earth System, the Royal Society’s Global Environmental Research Committee (GERC) focused its most recent meeting on “polar science”. Stepping into the warmth at the Royal Society’s headquarters in London, GERC examined the state of polar science.

While GERC’s report (PDF) outlines the key research priorities, here I take a closer look at some of the challenges involved in doing science at the poles.

The polar regions are isolated. It can take around 10 days to sail from an Antarctic gateway, such as the Falkland Islands, Hobart or Christchurch, to a research station. The area of the Antarctic and Arctic is enormous; it is largely undeveloped with little infrastructure. Therefore, accessing locations of scientific interest often requires a massive logistical effort and international collaboration.

Whether conducting science on an icebreaker in the Southern Ocean or out of tents on the high-elevation polar plateau or even in the comfort of a research station, there are no shops and no deliveries. Being prepared is of the utmost importance and much effort goes into adapting scientific equipment to ensure it withstands the harsh conditions, in particular the negative temperatures and howling winds.

Due to the nature of this environment, delays are usual and flexibility is a necessity. I once waited for 2 weeks in the field just for weather that was safe enough for a plane to collect me. It is not uncommon for blizzards and a lack of visibility to confine scientists indoors, limiting their ability to collect samples and carry out experiments. 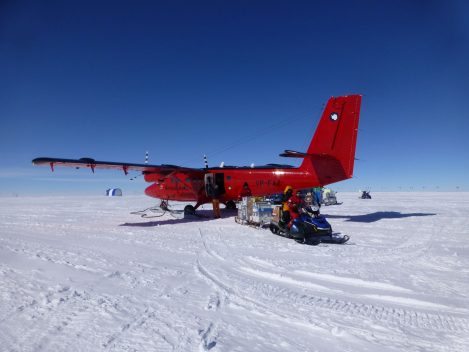 Furthermore, there is only daylight for half the year in the polar regions. The majority of polar science thus takes place in summer when national operations are in full swing. The bonus of 24 hours of light allows for lots of quality science to be accomplished throughout summer. The long polar night over winter means there is little year-round science.

There is a lack of observations

Decade-long monitoring is crucial for scientists to understand what drives changes from the baseline – they help us answer: “what is natural variability, and what is climate change?” Yet our observational records made in the polar regions are relatively short.

This is partially because the first scientific observations of the polar regions only commenced in the Arctic in the 1860s and later in the Antarctic during the first two decades of the 20th century. A number of long-term monitoring programs that began in the 1950s led to important discoveries such as the destruction of the ozone layer over Antarctica. Despite these programs and others since, one of the core reasons for limited records is the difficulty of capturing data in the winter. Many polar experts at the GERC meeting emphasised the need for winter based science programs; winter is the fastest changing season under Arctic and Antarctic warming but little research exists at this time. The lack of observations limits the ability of models to make accurate predictions. The polar regions offer a number of natural archives, such as marine sediment cores and ice cores – which can give us a glimpse into the past. GERC discussed the lack of records from analogous time periods. For example, the Last Interglacial spanned a period 130,000-115,000 years ago – a time when polar temperatures were warmer than present and sea level was slightly higher than today.

While scientists look at the past to inform future climate projections, they also require high resolution observations to model and predict current changes. Weather forecast models are tuned to give the best forecast in regions where people live, and the polar regions are largely unpopulated, yet the climate is a system where each component is intrinsically linked and changes happening in Antarctica can be felt on the other side of the planet.

How can technology help polar scientists?

At the GERC meeting, we discussed the current advances and future needs of technology to enhance scientific observations in the polar regions. Remote sensing, such as satellites, that orbit over the polar regions provide scientists with a wealth of atmospheric, oceanic and glaciology data at relatively high spatial and temporal resolution over the past 40 years.

Only recently has accessing difficult locations, such as under sea ice and ice shelves, been possible. New robotic sensors attached to underwater gliders go where no humans can. Engineering expertise is beginning to automate long-term atmospheric monitoring instruments to run over winter without the need of scientific staff. The development of micro sensors and partnering with industry was identified as a future requirement. Furthermore, the need to design polar infrastructure to last greater than 30 years was also recognised by GERC.

The remoteness makes doing polar science expensive. All supplies and resources have to be transported to the polar regions including fuel, food, and scientific gear. The polar experts at the GERC meeting identified the challenge to fund polar research and the need for cross council research funding.

Working alongside these challenges is crucial to understand how the polar regions will respond to predicted climate change, and to address the most urgent scientific questions related to sea level rise, Arctic permafrost thaw, Antarctic sea ice predictions, and adaptations of marine life to changing ocean conditions, which were identified by the polar experts.

GERC’s next committee meeting will be in May 2019 and the topic for discussion will be ‘fresh water’. Keep your eyes on the blog for a summary of the discussion.