The third plague pandemic in Europe

Many people are aware of the Black Death that ravaged Medieval Europe and killed about half of the population, but fewer people know that Europe was also hit by the plague during the third plague pandemic, which started in 1894 when it spread out of Hong Kong to the rest of the world – including Europe.

A new Proceedings B paper summarises relevant international records and literature about the third pandemic in Europe, an almost neglected topic.

Why did the third plague pandemic not cause any serious outbreak in Europe, like those of the previous centuries and why did it not develop endemic character as in other continents? A new Proceedings B paper summarises relevant international records and literature about the third pandemic in Europe, an almost neglected topic, and provides an improved understanding of the several small outbreaks there 1899-1940s. The first author, Barbara Bramanti tells us more about the paper. 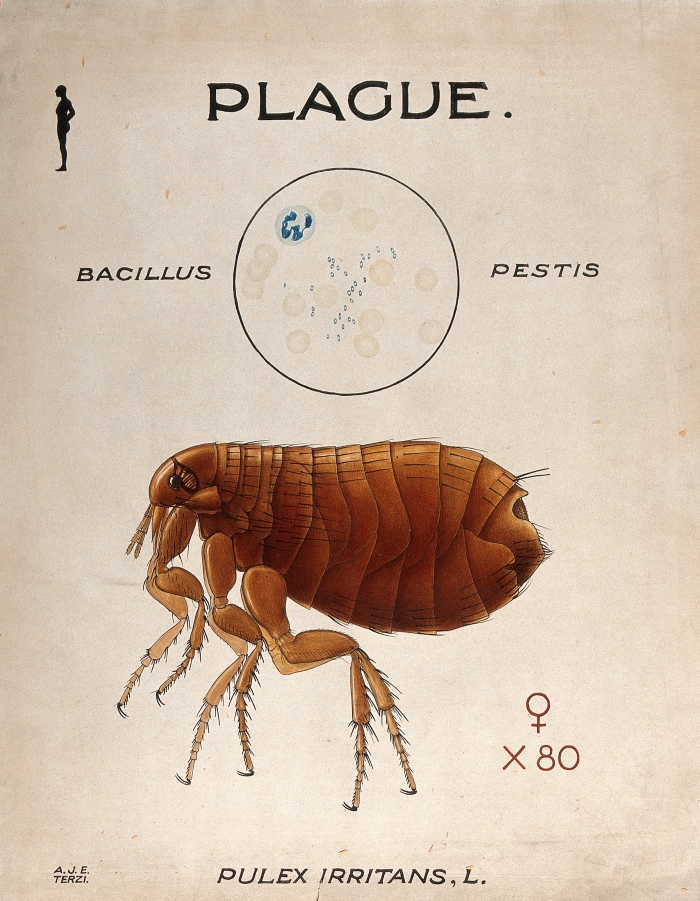 Many people are aware of the Black Death that ravaged Medieval Europe and killed about half of the population, but fewer people know that Europe was also hit by the plague during the third plague pandemic, which started in 1894 when it spread out of Hong Kong to the rest of the world – including Europe. When we think of plague today, we think of the two thousand victims in Madagascar in 2017, or to the more than 40 000 victims in Manchuria in 1910-1911, whereas Europe is almost exclusively mentioned for the medieval and early modern outbreaks. Some are perhaps aware of the great plagues in Malta in 1813-1814 or in Vetlianka, Russia in 1878. But, in general, plague is considered to have been absent from Europe, with only a few cases during the last century. When we began to survey literature about the third pandemic in Europe, we discovered quite soon that there were many events, which were largely unexplored. We found numbers, documents from official and medical reports, and texts written in different languages and often forgotten. We discovered in this way, that, behind the better-known outbreak of Oporto 1899, there were many small outbreaks in Europe that caused around 1700 cases and 450 deaths from 1899-1947. The last epidemic with 30 cases and 15 deaths occurred in Taranto 1945. In our paper, we have brought to light the gray literature on the third pandemic, by carefully considering and analysing the content of the reports. We observed how plague was repeatedly introduced into European ports and how the processes to prevent its spread were carried out in a still pre-antibiotic era, but with the knowledge of microbiology and of the role played by rats on steamships. Unsurprisingly, the disappearance of plague from Europe during the 1950s is concomitant with better sanitation systems as well as with the use of insecticides.

Tell us more about the authors of the study

We have spent the last six years working on MEDPLAG, an European Research Council project about the medieval plagues held at the Centre for Ecological and Evolutionary synthesis (CEES) in Oslo. We, along with our other colleagues in MEDPLAG, explored mechanisms of dissemination and routes of transmission of plague in Eurasia using ancient-DNA analyses, ecological and epidemiological studies. We have a diverse background that makes our group very strong: Nils Chr. Stenseth is an evolutionary biologist with broad interests, working as a professor at the University of Oslo. During the last 20 years he has worked on plague as an ecological and evolutionary system. Lars Walløe has worked on the demographic and medical history and archaeology of plague epidemics since 1980. From about 2010 he has collaborated on these topics with scientists at CEES. Katharine R. Dean is a PhD student working on infectious disease epidemiology and modeling of plague at CEES. I, Barbara Bramanti, am a physical and molecular anthropologist, working at the University of Ferrara and actively cooperating with CEES. I have contributed to provide the conclusive molecular evidence that the historical plagues have been caused by Yersinia pestis with ancient DNA analyses and have been the proud PI of the wonderful MEDPLAG team. 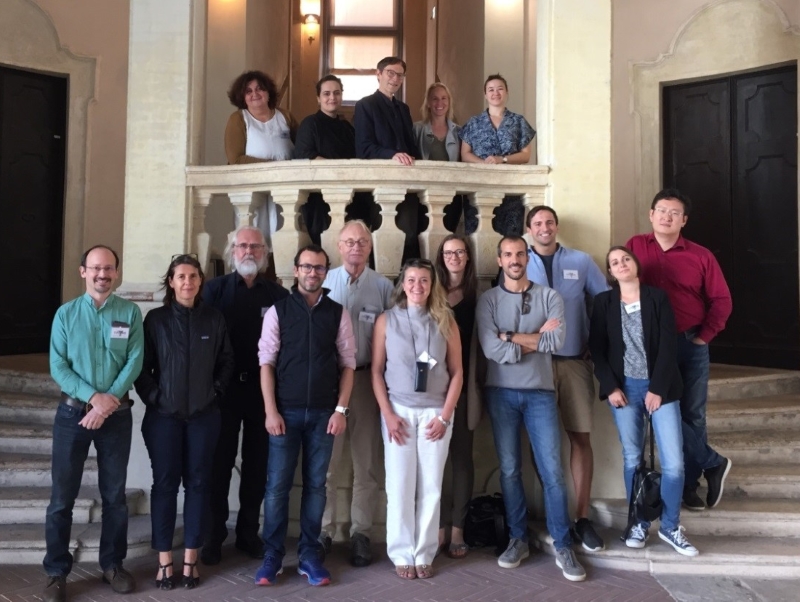 Besides the nice contact with the Editors, and the competent help in improving the manuscript given by the anonymous referees, we really appreciated the possibility to upload the pdf version of the manuscript, which greatly simplified the submission process.

Proceedings B is looking to publish more high-quality research articles and reviews covering the microbiology field. If you have an idea for a review, we strongly encourage you to submit a proposal by completing our proposal template and sending it to the journal. More information about the journal and the submission process can be found on our website.

3 – The MedPlag group visiting the Lazzaretto Nuovo in Venice 2018. Credit: B. Bramanti.