Keith Moore tells the story of Ralph Bagnold FRS and his travels through the seemingly impassable sand dunes of the Libyan Desert.

‘We made a serious omission. We never had a thrilling disaster. We never lost our way, or broke down, with only a dried date to live on, till rescued by a harassed Authority after an exciting hunt with trackers and aeroplanes.'

Every so often, I come across an election certificate of a Fellow of the Royal Society that triggers a reaction. I know something about that subject – but where from? The rather dry manuscript relating to Ralph Alger Bagnold FRS (1896-1980) that I looked over recently (reference EC/1944/01) is one of those.

The Society’s deadpan candidature citations often conceal. You would struggle to learn what Alan Turing is really famous for, looking at his 1951 election certificate (‘His papers on “Computable numbers” in 1936 and following years in which he gave precise meaning to the notion of a “constructive process” in terms of the abstract specification of a computing machine…'). Bagnold’s reference has a little more – ‘During exploration of the Libyan Desert he observed movement of blown sand…’ and of course, I recognized some of the locations mentioned in his wider works (as you would too) from Michael Ondaatje’s novel, and its later movie retelling, The English Patient (1992).

Bagnold doesn’t appear directly in the book, although one of his close colleagues Patrick Clayton (1896-1962) may do, with other Clayton family members, in character disguise. They were part of a polyglot set of adventurers and explorers who crisscrossed the Libyan and Egyptian deserts in light vehicles during the 1920s and 1930s, in what Bagnold would later describe as ‘our rather useless hobby’. Bagnold traversed regions unexplored by Europeans in the years 1929-1932, with one last civilian expedition in 1938. Amongst these now famous locations, Bagnold arrived at the Gilf Kebir plateau, the location of the Cave of Swimmers and other rock art, originally discovered by László Almásy (1895-1951), the ‘real’ English patient. 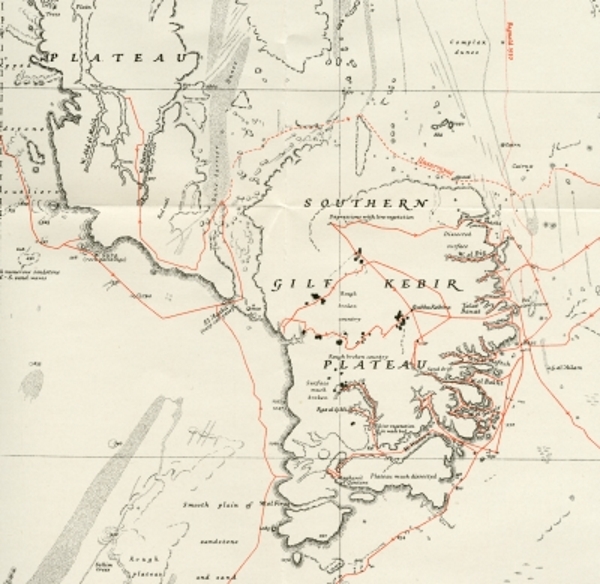 The most difficult challenge was to navigate the Great Sand Sea, thought to be an impassable barrier for motor vehicles. Bagnold and his peers developed a range of techniques to achieve this. Many were unnervingly simple, such as reducing tyre pressure on sand and running overheating radiator steam through a secondary tank of water in order to condense it without loss. Driving as fast as possible meant that vehicles might traverse sinks of ‘liquid’ sand, up to six feet deep – better than hauling vehicles out of them, but dangerous on high dunes. Most importantly, Bagnold refined the sun-compass, an ancient method of holding a true course and ideal for the desert. Outcroppings of iron-rich rock and even the mass of a vehicle engine might cause a life-threatening deviation in a magnetic compass, so navigating by other means became necessary. With the sun casting the shadow of a needle at a known latitude, and with a little calculation, a course might be steered reliably in an otherwise featureless landscape. 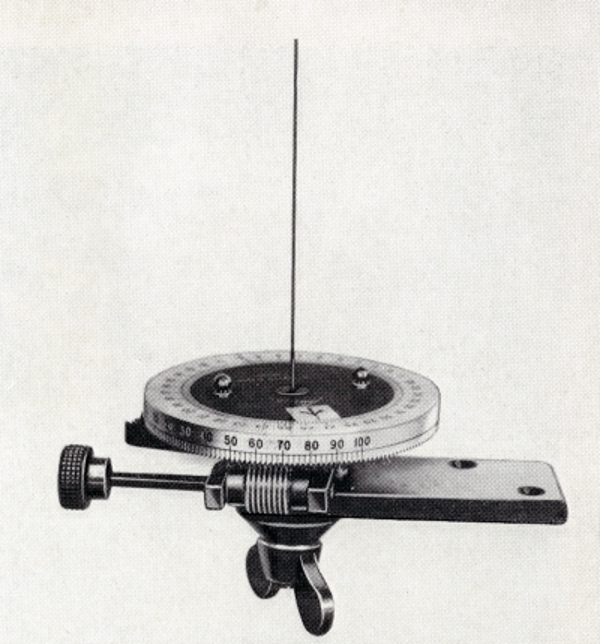 On the outbreak of the Second World War, Bagnold’s hobby became rather more useful – a troop-ship collision accidentally took him away from his Army posting in East Africa and back to Cairo. Here, he established the Long Range Desert Group: small and lightly armoured mobile detachments who traversed the desert behind enemy lines, gathering intelligence and raiding. Seemingly, a world away from the scientist who later wrote Royal Society papers on the action of wind and tides on dune formation.

I’m always curious to learn why the exploits of scientists aren’t better known, but in Bagnold’s case he was pretty clear-sighted about the reasons in his book Libyan sands: travels in a dead world (1935):

‘We made a serious omission. We never had a thrilling disaster. We never lost our way, or broke down, with only a dried date to live on, till rescued by a harassed Authority after an exciting hunt with trackers and aeroplanes. We never went where we were not wanted, got shot up by angry tribesmen…in short we had no news value whatever; a most discouraging state of affairs…’

So, Bagnold was never reckless, planned carefully, and knew his terrain – completely missing out in the heroic novel stakes. But he did get something better, I think. His scientific work on dunes would lead to an understanding of like features on Mars and he would have been delighted that a new craft, NASA’s Curiosity Rover, traversed the Bagnold Dunes of the Martian Gale Crater in the twenty-first century. I wonder, will future human explorers take their vehicles across the great deserts of Mars? And will they look to Bagnold for inspiration? I hope so.