Changing environments and genetic variation in A. lyrata populations

We recently spoke to Dr James Buckley (ETH Zurich), whose paper was invited by the Preprint editor about their new Proceedings B paper and experience of publishing via the preprint route.

In 2017, Proceedings B appointed a Preprint editor, Dr Maurine Neiman from the University of Iowa. Along with her team of student editors, their role is to identify papers currently deposited in bioRxiv that would be suitable and within scope of the journal, and to invite potential authors to submit.

In 2017, Proceedings B appointed a Preprint editor, Dr Maurine Neiman from the University of Iowa. Along with her team of student editors, their role is to identify papers currently deposited in bioRxiv that would be suitable and within scope of the journal, and to invite potential authors to submit. We recently spoke to Dr James Buckley (ETH Zurich), whose paper was invited by the Preprint editor about their new Proceedings B paper and experience of publishing via the preprint route. 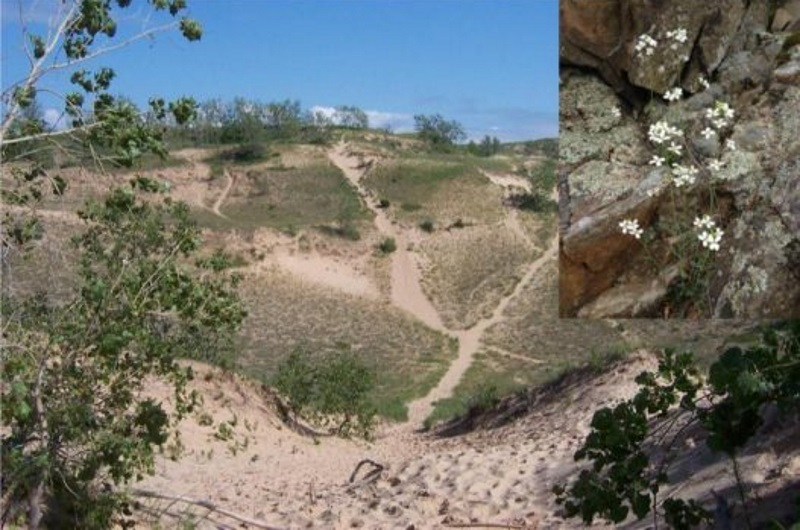 Tell us about yourself and your research?

Human-induced environmental change is putting pressure on many species, yet we still do not know how most species will respond to such change. The aim of my research is therefore to better understand the potential for species to adapt to ongoing changes in both their abiotic and biotic environment. Currently, I am working as a postdoc at ETH Zurich (Switzerland) on adaptation of high elevation plants to climate change, but I have previously worked on evolutionary shifts in butterfly host preference during climate-driven range expansion (my PhD at University of Bristol, UK) and the effects of plant mating system variation on responses to changing environments (University of Glasgow). Despite being distinct study systems, these projects all focus on understanding the evolutionary forces shaping patterns of phenotypic and genetic variation across species’ ranges. Such information could be useful in assessing the potential for a species to adapt to future environmental change.

The project on which this Proceedings B paper was based, was conducted when I was a postdoc in the lab of Professor Barbara Mable at the University of Glasgow. We wanted to test how population-level variation in mating system (from mostly inbreeding to outcrossing), and associated changes in levels of genome-wide variation, influenced plant responses to a novel (and changing) environment. The study system for this project was Arabidopsis lyrata, an increasingly popular relative of the model plant A. thaliana. We worked with A. lyrata populations distributed around the North American Great Lakes (photo 1), whose natural variation in mating system and associated genetic diversity has been extensively characterised by Prof. Mable. The variation in rates of inbreeding among A. lyrata populations has likely persisted since post-glacial colonisation of this region <10000yrs ago, making this a useful system in which to test how reduced genetic variation resulting from natural inbreeding might affect responses to a novel, changing environment.

What does your paper tell us and were there any surprising observations made?

We tested for inbreeding effects in two ways: first, by growing plants from North American populations in a novel environment (a forest clearing next to Loch Lomond in Scotland; photo 2) over several seasons and monitoring their survival and phenology. Secondly, we used metabolomics to measure short-term physiological responses in plants exposed to these novel outdoor conditions relative to plants growing in a constant environment (growth chamber). We had predicted that plants from populations with a history of inbreeding (with low levels of genetic variation) would respond in potentially maladaptive ways to this new environment, or at the very least respond distinctly from outcrossing populations. Surprisingly though, inbreeding had limited effects on any of the traits measured: survival, reproductive phenology and short-term physiological plasticity. Instead, we found that patterns of trait variation were better explained by population latitude and the colonisation history of these populations.

Seasonal change over the course of the first year of the common garden experiment by Barbara K. Mable

What implications does your research have on the field?

The broader implications of our work are I think two-fold:

You had submitted your paper to bioRxiv and were then contacted by Proceedings B Preprint editor, Maurine Neiman and invited to submit the paper to Proceedings B. Please tell more about this experience?

We initially submitted the paper to bioRxiv to make the research immediately available to the wider community and give us time to make a plan for submission to a journal. I was aware of journals identifying preprints that might be suitable for submission, but had not really considered that it could happen to us. I was therefore surprised to be contacted by Maurine, but was quickly convinced that submitting the manuscript to Proceedings B was the correct decision.

What was your overall experience like publishing in Proceedings B?

The process of publishing in Proceedings B has been straightforward and relatively stress-free. The review process was thorough, as it should be (!), and I think the manuscript came out the other side in better shape. The main challenge during revisions was keeping to the strict page limit, though ultimately I was happy to end up with a more streamlined and succinct manuscript. Since acceptance, the process has been very quick and straightforward.

Papers in bioRxiv can now be directly transferred to Proceedings B and other Royal Society journals. Find out more information here.