The new volume of memoirs features achievements in mathematics, astrophysics and beyond.

The latest volume of Biographical Memoirs is now available, offering insights into the multidisciplinary scientific achievements of the late Fellows and Foreign Members of the Royal Society.

The latest volume of Biographical Memoirs is now available, offering insights into the multidisciplinary scientific achievements of the late Fellows and Foreign Members of the Royal Society. Whilst Volume 68, published earlier this year, had a strong medical science theme, this new volume features some of our greatest mathematicians and physicists.

It highlights a diverse selection of 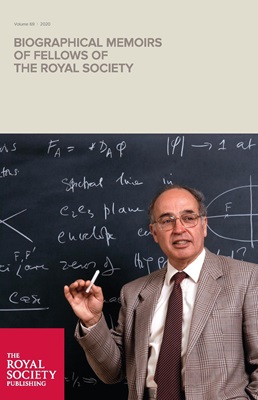 mathematical expertise, including the work of number theorist Christopher Hooley, functional analysis with Frank Bonsall, fluid mechanics with Edward Fraenkel, and Peter Chadwick’s achievements in elastic wave propagation. A special highlight is the memoir of mathematician Sir Michael Atiyah, a former President of the Royal Society, whose work included the Atiyah-Singer index theorem as well as contributions to theoretical physics.

Atiyah’s work in theoretical physics delved into the realm of string theory, which was the expertise of another Fellow celebrated here, David Olive, a string theorist who made important contributions to our understanding of quantum field theory. The physics vein continues through the volume with an emphasis on astrophysics, including Donald Lynden-Bell’s broad accomplishments encompassing general relativity, galactic dynamics and observational astronomy. The astrophysical theme branches in to chemistry with Bernard Pagel’s work on the determination of chemical elements in the Universe, and Alexander Dalgarno’s contributions to atmospheric science and molecular astrophysics, spanning our planet's atmosphere and the interstellar medium of space. Sydney Leach’s seminal studies of polyatomic molecular ions also reached outer space, with work that helped instigate the subject of astrobiology.

Back down to Earth, the physics theme continues to broach other disciplines with John Nye’s contributions to our understanding of crystals, ice and light, with a special interest in glaciology. Similarly, Stephen Moorbath takes a multidisciplinary approach as a geochemist whose isotopic dating method uncovered some of the Earth's oldest known rocks. The earth sciences portion of the volume is also complemented by two oceanographers, Walter Munk and Sir Anthony Laughton, the latter being Knighted for services to oceanography.

The new volume also makes room to shine a light on several influential figures from molecular and cellular biology. Neuroscience is represented by David Curtis, who contributed to the identification of excitatory and inhibitory neurotransmitters, as well as by protein biochemist Eric Barnard whose pioneering work with neurotransmitter receptors was pivotal for the foundation of modern central nervous system drug discovery. There is also a plant science duo, in the form of Roger Slack and Mike Gale, the former co-discovering the C4 photosynthesis pathway, and the latter a geneticist who made improvements to crops worldwide.

A special mention must also go to 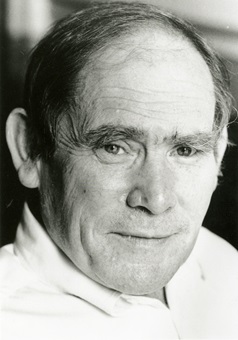 the memoir of Sydney Brenner (pictured here), who shared the Nobel Prize in Physiology or Medicine with H. Robert Horvitz ForMemRS and John Sulston FRS for their work that established C. elegans as one of the foremost model organisms for the study of development and neural function, work which also lead to ground-breaking achievements in genome sequencing.

Top: Stephen Moorbath at Harwell, 1956. Provided by the Moorbath family.