Biological Secretary and Vice-President of the Royal Society Dame Linda Partridge explains the Society's response to the Government's consultation on genetic technologies.

"Reorienting the regulatory system towards outcomes is a more scientifically rational approach to both address risks and promote benefits." 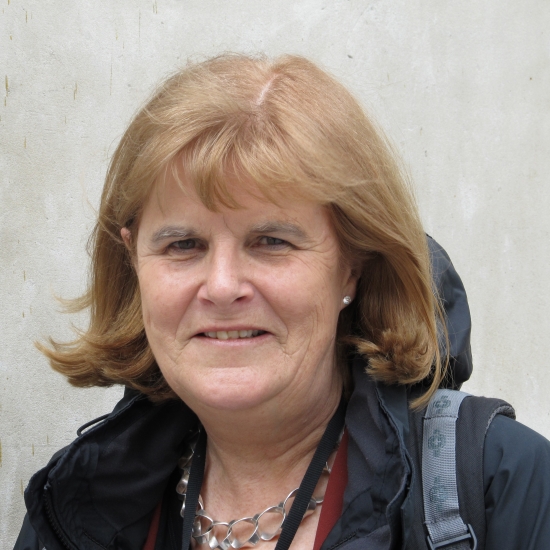 Professor Dame Linda Partridge DBE FRS is a world-renowned geneticist. She is the founding Director of the Max Planck Institute for Biology of Ageing in Cologne and a Professorial Fellow at the UCL Institute of Healthy Ageing.

21st century agriculture faces significant challenges. It needs to provide enough food to meet the demands of a growing and increasingly affluent global population whilst reducing its contribution to the environmental crises of biodiversity loss and climate change. At the same time, agricultural productivity is threatened by these crises. Innovation in the plant varieties and animal breeds available to farmers can help to meet these challenges.

Genetic technologies, including genome editing, can significantly reduce the time and expense of breeding new plant and animal varieties as they enable the introduction of a specific genetic variant into elite plant and animal breeding lines. Unfortunately, the public debate around the use of genetic technologies is characterised by entrenched and polarised positions that try to define breeding technologies as good or bad. Exaggerated claims are made about both the potential risks and the benefits. This has contributed to a technology-based approach to regulation that is so burdensome for GMOs that only two have been approved for commercial cultivation in Europe in the last 25 years. At the other extreme, almost no scrutiny is made of the potential risks from varieties that are not deemed to be genetically modified.

It is in this context that the Government has been consulting on whether to treat the products of one genetic technology, genome editing, as GMO or not. This is unfortunate, because it perpetuates the false assumption that risk is determined by the breeding technology rather than the outcomes that the breeding technology is used to deliver. In responding to this consultation the Royal Society instead calls for a move towards a regulatory system that focuses on the outcome rather than the technology. Such a system should be flexible enough to evaluate products arising from breeding technologies on a case-by-case basis, and only to trigger more extensive risk assessment if there is a scientifically credible cause for concern that the resulting product might pose significant risk to human health or the environment. It should also be flexible enough to capture any future breeding method, assuming there is no evidence that such methods are inherently risky.

Focusing on the outcomes rather than the technologies would also enable greater scrutiny of the purposes for which new plant and animal varieties are produced. Purpose is an important determinant of public acceptability, with evidence from public dialogues in the UK (PDF) (commissioned by the Royal Society) and in Norway (PDF) demonstrating that attitudes towards genetic technologies vary significantly depending on the use to which the technology is put. For example, purposes that are seen as contributing to human health or addressing environmental challenges are viewed much more favourably than ones seen as making cosmetic changes or increasing dependency on synthetic inputs. This is why we also call for a public forum in which the rationale and balance of risks and benefits for novel crop varieties are discussed. These discussions would provide useful evidence to regulators as they consider whether new plant varieties and animal breeds are being developed for a purpose that has broad public support.

As well as supporting assessment of risks before new varieties are approved for cultivation, the Royal Society also considers that the regulatory system would be strengthened by a mechanism for post approval scrutiny of new crop varieties, however produced, to determine whether they have had unexpected environmental impacts due to the agricultural practices they enable or require. Such a system could work in a similar manner to the post-marketing surveillance and risk assessment carried out for pharmaceuticals, with the ultimate sanction being revocation of approval if no alternative solution is found.

Reorienting the regulatory system towards outcomes is a more scientifically rational approach to both address risks and promote benefits. It will also help ensure that genetic technologies are used for purposes that have broad public support, which provides a way out of the pointless discussion about whether the technologies are good or bad. Significant questions remain, however, about how such an approach might work in practice. In particular, what should the thresholds be that trigger a regulatory assessment? The Royal Society will now be exploring this and other practical questions raised by our recommendations, with the aim of informing government and public discussions over the course of this year.