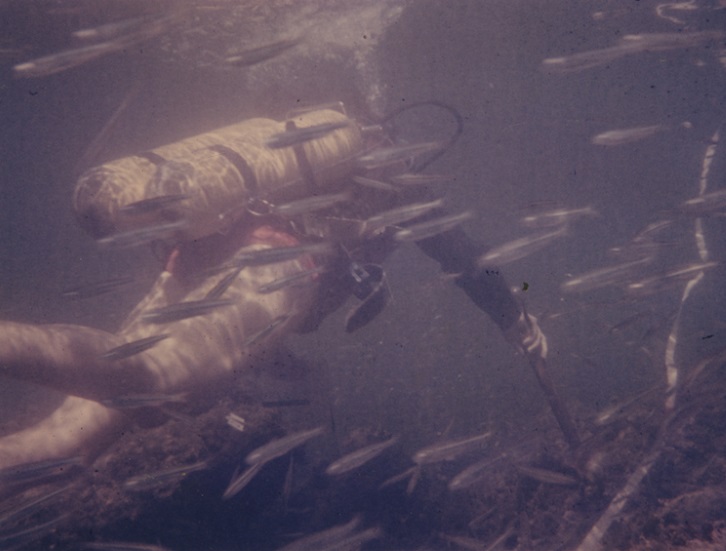 The Mediterranean Sea is one of the richest areas in the world for maritime archaeology, including many shipwrecks dating back to classical civilisations. In 1966, the Wolfson Foundation was approached by the British Sub-Aqua Club for a small grant to help survey areas of the seafloor off the Israeli port of Acre (Akko), one of the oldest settlements in the region.

The resulting £1,500 grant allowed a British team to join Israeli colleagues in a rapid research programme of 20 days in total. The group surveyed the ‘Tower of Flies’, excavated the Port’s ancient eastern breakwater and tested the new technique proton magnetometer detection. This then-novel form of technology enabled a sweep across the harbour floor at Acre, looking for small variations in the Earth’s magnetic field to detect man-made structures and shipwrecks.

Much of this activity would allow the small team of British and Israeli divers and archaeologists to refine the still relatively uncertain techniques of underwater research and excavation. Co-Director Dr. Elisha Linder (1924-2009) would go on to excavate the Ma'agan Michael ship discovered in 1985 - an intact, 2,400 year-old merchantman now displayed at the University of Haifa. His British counterpart Alexander Flinder (d.2007) would participate in the co-ordination of teams of divers responsible for the lifting of the English Tudor battleship Mary Rose in 1982.

During the course of its work, the Anglo-Israeli Expedition managed to map key features and did indeed discover a shipwreck – not ancient, but interesting, a vessel which they concluded to be an 18th century Turkish-built warship scuttled to defend Acre’s harbour during the Napoleonic wars.