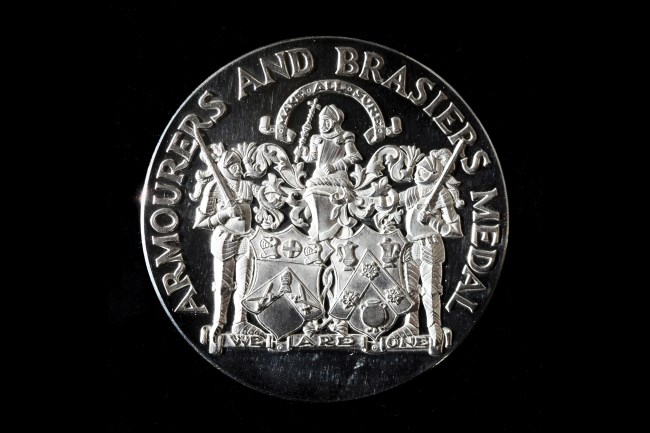 The Prize was established with support from the Worshipful Company of Armourers & Brasiers', a livery company originally comprised of armourers and brass workers. The first award was made in 1985.

The Royal Society Armourers & Brasiers' Company Prize is awarded biennially (in even years), for excellence in basic research in functional or structural materials where the research is clearly motivated by use of these materials. The concept of 'use-inspired basic research' describes research seeking fundamental understanding that is motivated or inspired by considerations of practical use. The medal is of silver gilt, is awarded biennielly and is accompanied by a gift of £2,000.

The Royal Society Armourers and Brasiers’ Company prize is open to UK/Commonwealth/Irish Republic citizens or those who have been residents for three or more years. It is restricted to mid-career to senior scientists and nominations will remain valid and shall be considered by the award selection committee throughout three nomination cycles.

Nominations are now closed and will open in November 2023

Professor George Smith FRS was awarded the 2020 Royal Society Armourers & Brasiers' Company Prize for his pioneering and leading the development of engineering alloys through the invention and application of the three-dimensional atom probe, making profound contributions to basic understanding and industrial applications.

Professor Neil Alford MBE FREng was awarded the 2016 Armourers & Brasiers' Company Prize for his outstanding contributions to materials research with benefit to society, especially the development of ultra-low-loss microwave dielectrics for communications.

See full list of all past winners of the Royal Society Armourers & Brasiers' Company Prize.