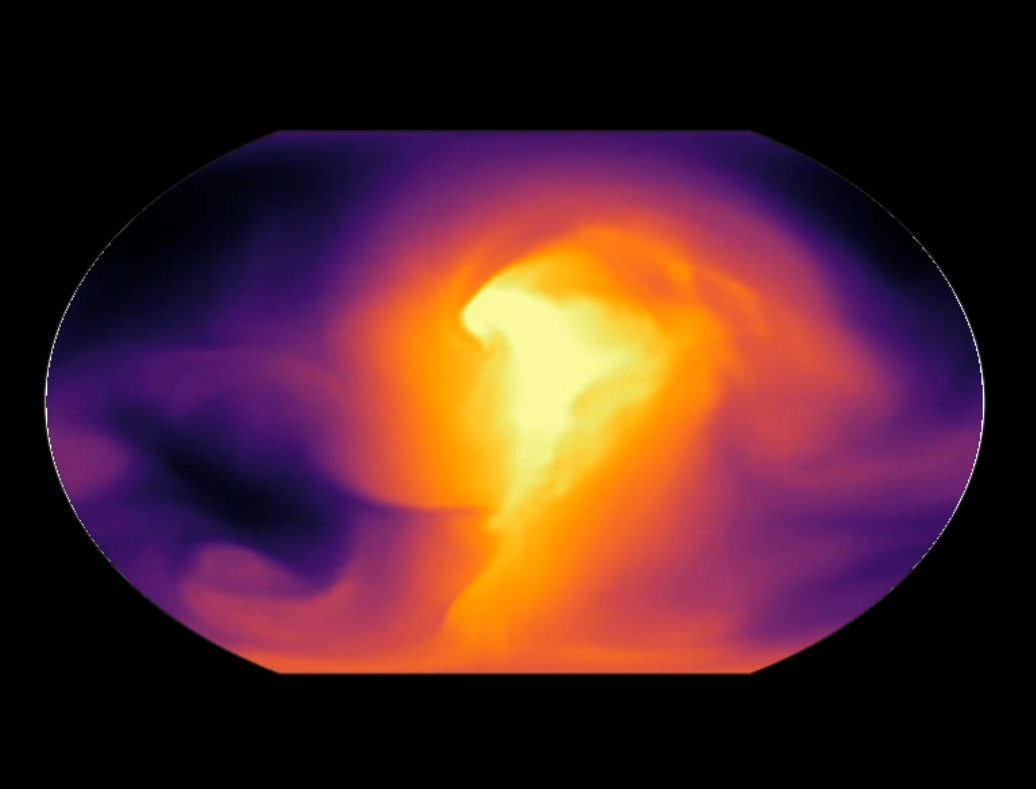 Screenshot from animation of the atmospheric temperature pattern of the lava planet 55 Cnc-e, assumed with a mixed 4 bar hydrogen/nitrogen atmosphere. The map projection shows the whole globe on a Kavraysky projection, with the substellar point (where the planet’s star is directly over head) at the center. Warm colours represent temperatures of about 2500 K, with cold colours going down to bout 1000K. The surface of the planet is hot enough to melt rock. Simulation credit: Mark Hammond, Oxford Planetary Climate Dynamics 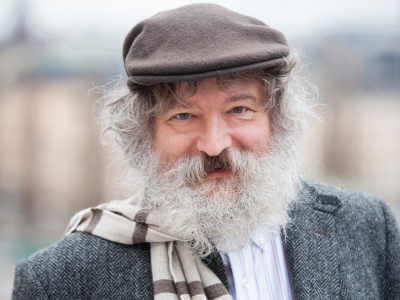 The Rumford Medal 2022 is awarded to Professor Raymond Pierrehumbert FRS for his wide ranging contributions to atmospheric physics, employing fundamental principles of physics to elucidate phenomena across the spectrum of planetary atmospheres.

The Rumford Medal is awarded for outstanding contributions in the field of physics. The award was established following a donation by Benjamin Thompson FRS (PDF), Count Rumford of the Holy Roman Empire, an American-born former soldier, spy, statesman and scientist who would go on to found the Royal Institution. The first award was made in 1800. The medal is of silver gilt, is awarded annually and is accompanied by a gift of £2,000.

The Rumford medal is open to UK/Commonwealth/Republic of Ireland citizens or those who have been residents for three or more years. There are no restrictions on career stage and nominations will remain valid and shall be considered by the award selection committee throughout three nomination cycles. Teams or groups may now be nominated for this award.

Professor Miles Padgett FRS was awarded the Rumford Medal 2019 for world leading research on optical orbital momentum including an angular form of the Einstein-Padolsky-Rosen paradox.

See full list of all past winners of the Rumford Medal.