The Book of Barely Imagined Beings by Caspar Henderson 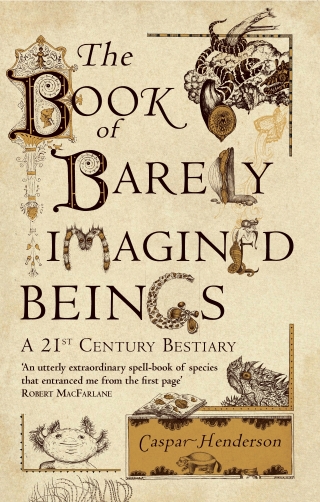 From Axolotl to Zebrafish, discover a host of barely imagined beings: real creatures that are often more astonishing than anything dreamt in the pages of a medieval bestiary. Ranging from the depths of the ocean to the most arid corners of the earth, Caspar Henderson captures the beauty and bizarreness of the many living forms we thought we knew and some we could never have contemplated, inviting us to better imagine the precarious world we inhabit.

A witty, vivid blend of pioneering natural history and spiritual primer, infectiously celebratory about life's sheer ingenuity and variety, The Book of Barely Imagined Beings is a mind-expanding, wonder-inducing read.

Caspar Henderson is a writer and journalist. His work has appeared in the Financial Times, the Guardian, the Independent, New Scientist, the New York Review of Books, and other publications. From 2002 to 2005 he was a senior editor at OpenDemocracy. He received the Roger Deakin Award from the Society of Authors in 2009 and the Royal Society of Literature Jerwood Award in 2010. He lives in Oxford, England.

Henderson taps into forgotten wonder we first felt as children discovering the creatures of our world. The book itself is a beautiful object – the images bringing these barely imagined beings to life.