The Perfect Theory: A Century of Geniuses and the Battle over General Relativity by Pedro G. Ferreira 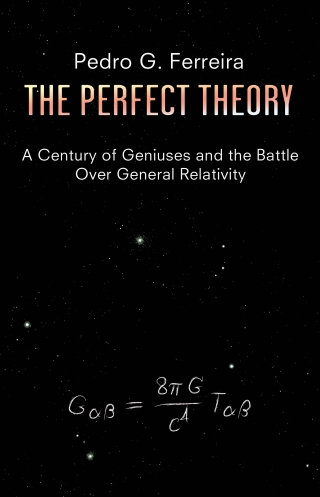 Albert Einstein's General Theory of Relativity is possibly the most perfect intellectual achievement in modern physics. Anything that involves gravity, the force that powers everything on the largest, hottest or densest of scales, can be explained by it.

From the moment Einstein first proposed the theory in 1915, it was received with enthusiasm yet also with tremendous resistance, and for the following ninety years was the source of a series of feuds, vendettas, ideological battles and persecutions featuring a colourful cast of characters.

A gripping, vividly told story, A Perfect Theory entangles itself with the flashpoints of modern history and is the first complete popular history of the theory, showing how it has informed our understanding of exactly what the universe is made of and how much is still undiscovered: from the work of the giant telescopes in the deserts of Chile to our newest ideas about black holes and the Large Hadron Collider deep under French and Swiss soil.

Raised in Portugal and Britain, Pedro G. Ferreira arrived at Oxford University in 2000, by way of London, Berkeley and CERN. For over twenty-five years he has worked on the frontline of general relativity and cosmology research. He is now Professor of Astrophysics at Oxford University.

A treasure trove of information about the theory of relativity and all its ramifications, carried along by stories of personal struggle that highlight how scientists are only human too.