Serving the Reich: The Struggle for the Soul of Physics under Hitler by Philip Ball 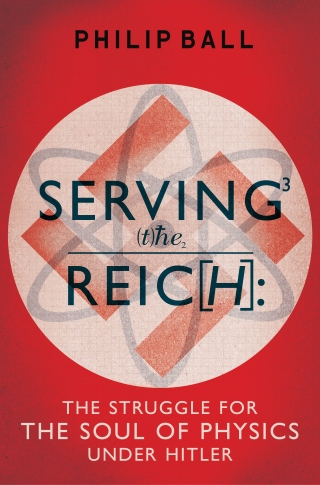 Published by The Bodley Head

Serving the Reich tells the story of physics under Hitler. While some scientists tried to create an Aryan physics that excluded any ‘Jewish ideas’, many others made compromises and concessions as they continued to work under the Nazi regime. Among them were world-renowned physicists Max Planck, Peter Debye and Werner Heisenberg.

After the war most scientists in Germany maintained they had been apolitical or even resisted the regime: Debye claimed that he had gone to America in 1940 to escape Nazi interference in his research; Heisenberg and others argued that they had deliberately delayed production of the atomic bomb.

In a gripping exploration of moral choices under a totalitarian regime, here are human dilemmas, failures to take responsibility and three lives caught between the idealistic goals of science and a tyrannical ideology.

Philip Ball is a freelance science writer. He worked at Nature for over 20 years, first as an editor for physical sciences (for which his brief extended from biochemistry to quantum physics and materials science) and then as a Consultant Editor. His writings on science for the popular press have covered topical issues ranging from cosmology to the future of molecular biology.

An authoritative account of the complex science and politics of a much disputed period in history. This book shows how scientists can never divorce themselves completely from the world around them.