The Planet Remade by Oliver Morton 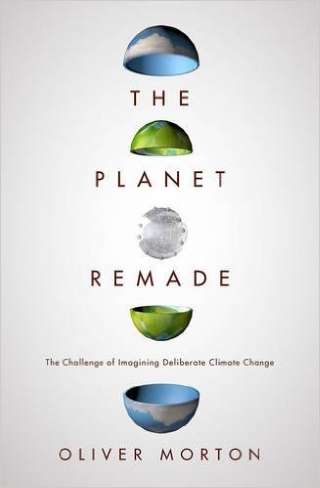 Despite the on-going political debate, carbon dioxide emissions are rising even faster and new scientific research suggests that no feasible reduction can now effectively mitigate climate change. With limited time for action, an increasingly influential minority of climate scientists are exploring the possibility of human intervention in the biosphere to slow or prevent further warming: a stratospheric veil against the sun, the cultivation of photosynthetic plankton, a fleet of unmanned ships seeding clouds. The Planet Remade explores the science, history and politics behind these radical strategies and why we might want to use geo-engineering techniques as well as why others so passionately oppose them.

Oliver Morton is Briefings Editor of the Economist, having formerly been Chief News Editor of Nature and Editor-in-Chief of Wired. He is the author of Mapping Mars: Science, Imagination, and the Birth of a World and Eating the Sun: How Light Powers the Planet. He has written for many publications, including the Independent, National Geographic, the New Yorker, Newsweek and Prospect.