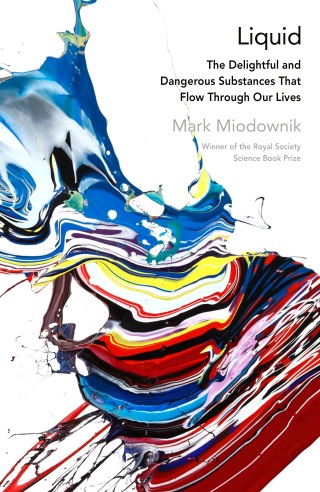 A series of glasses of transparent liquids is in front of you: but which will quench your thirst and which will kill you? And why? Why does one liquid make us drunk, and another power a jumbo jet?

From the bestselling author of Stuff Matters comes a fascinating tour of the world of these surprising or sinister substances - the droplets, heartbeats and ocean waves we encounter day-to-day. Structured around a plane journey which sees encounters with water, wine, and oil, among others, Miodownik shows that liquids are agents of death and destruction as well as substances of wonder and fascination. Just as in Stuff Matters, his unique brand of scientific storytelling brings them and their mysterious properties alive in a captivating new way.

Chosen by The Times as one of the 100 most influential scientists in the UK, Mark Miodownik is Professor of Materials and Society at University College London, where he is also Director of the Institute of Making. Mark also was the recipient of the prestigious Michael Faraday Prize for his expertise in science communication. He presents BBC TV programmes on science and engineering such as Everyday Miracles, How It Works, Dara O'Brien's Science Club, and Chefs vs Science and recently made the first BBC documentary to be filmed entirely on smartphones.