Clearing the Air by Tim Smedley 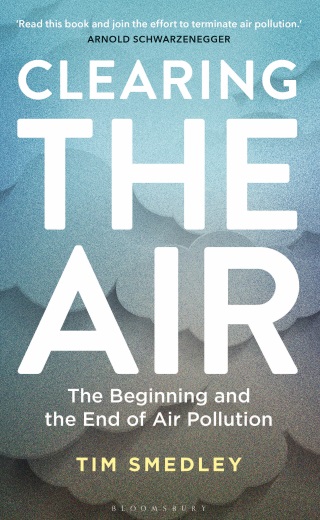 In March 2014 sustainability journalist Tim Smedley helped his wife and newborn baby out of St Mary’s Hospital in Paddington, unaware that he was taking them along one of the most polluted roads, in one of Europe’s most polluted cities, in the middle of a month-long air pollution episode that would cause 600 deaths and 1,570 emergency hospital admissions in London alone.

Tim tells the full story of air pollution: what it is, which pollutants are harmful, where they come from and, most importantly, what we can do about them. Amidst terrifying statistics Tim uncovers the hope that remains for the planet. He tells inspiring stories of how cities like Mexico City have drastically reduced air pollution, meets the people trying to make lasting change, and outlines blueprints to help readers take the problem into their own hands and improve the situation for themselves, their family, and their local community.

Tim Smedley is an award-winning sustainability journalist. After ten years in London – first as a business journalist, latterly as a freelancer writer covering the environment – he left in 2014, fleeing the polluted streets for Oxfordshire where he is now based with his wife and two daughters.