The Second Kind of Impossible by Paul J Steinhardt 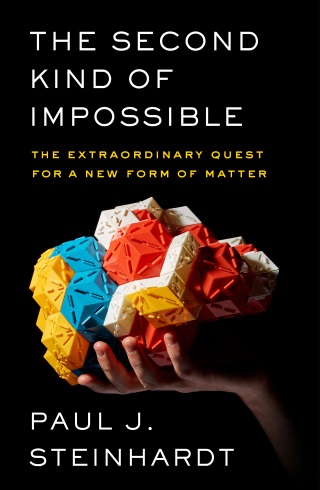 Published by Simon and Schuster US

The Second Kind of Impossible is the exciting, first-hand story of how Paul Steinhardt predicted a new type of matter – the quasicrystal – shattering centuries-old laws of physics.

Steinhardt’s quest to prove the natural existence of quasicrystals takes him on a globe-hopping scientific journey from Princeton to Italy to the remote mountains of Russia’s Kamchatka Peninsula. Steinhardt and his stellar team of researchers encounter international smugglers, corrupt scientists, and Russian security agents. Their search cumulates in a daring expedition to one of the most inhospitable regions on Earth, pursuing tiny fragments of meteorite forged at the birth of the solar system.

Steinhardt questions the very nature of science, and shows how the pursuit of his curiosities led to a marvellous new discovery that has forever changed our understanding of the universe.

Paul J. Steinhardt is the Albert Einstein Professor in Science at Princeton University, and director of the Princeton Center for Theoretical Science. He has received the ITCP Dirac Medal and other prestigious awards for his groundbreaking theories on the early universe and novel forms of matter. He is the author of The Second Kind of Impossible, and the co-author of Endless Universe with Neil Turok. In 2014, the International Mineralogical Association named a new mineral “steinhardtite” in his honour.