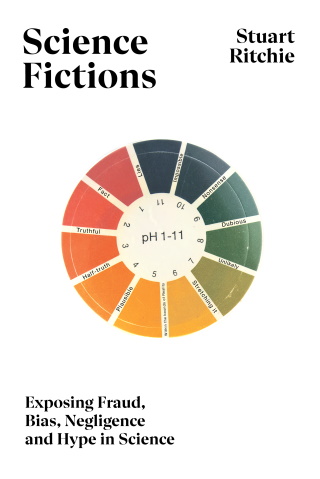 Published by The Bodley Head

So much relies on science. But what if science itself can't be relied on?

Medicine, education, psychology, health, parenting - wherever it really matters, we look to science for guidance. Science Fictions reveals the disturbing flaws that undermine our understanding of all of these fields and more.

While the scientific method will always be our best and only way of knowing about the world, in reality the current system of funding and publishing science not only fails to safeguard against scientists' inescapable biases and foibles, it actively encourages them. Many widely accepted and highly influential theories and claims - about 'priming' and 'growth mindset', sleep and nutrition, genes and the microbiome, as well as a host of drugs, allergies and therapies - turn out to be based on unreliable, exaggerated and even fraudulent papers. We can trace their influence in everything from austerity economics to the anti-vaccination movement, and occasionally count the cost of them in human lives.

Stuart Ritchie has been at the vanguard of a new reform movement within science aimed at exposing and fixing these problems. In this vital investigation, he gathers together the evidence of their full and shocking extent and proposes a host of remedies to save and protect this most valuable of human endeavours from itself.

Dr Stuart Ritchie is a Lecturer at the Institute of Psychiatry, Psychology and Neuroscience at King’s College London and winner of the 2015 ‘Rising Star’ award from the Association for Psychological Science. He has written for The Times, Spectator, Washington Post, Wired, Literary Review and Aeon, and has appeared on BBC Radio 4 programmes The Infinite Monkey Cage, More or Less and Bringing Up Britain.