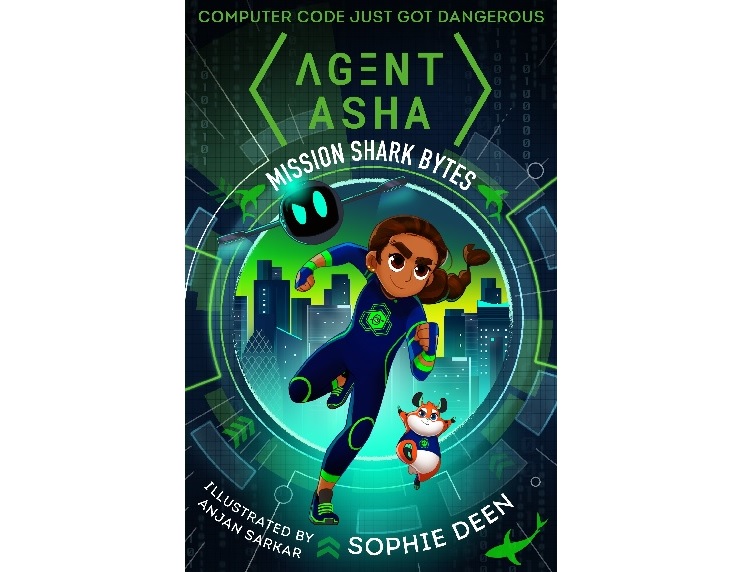 Asha Joshi has the perfect excuse not to finish her homework. She's just been recruited to join the top-secret Children's Spy Agency. Her first mission: SAVE THE WORLD. Can she do it? Asha's a coder so she should be able to hack into the biggest tech company in the world, fight deadly sharks and figure out why the Internet has stopped working. All before bedtime. Easy, right?

The story is a great way to engage young readers in coding, critical-thinking and STEM. It is mapped onto key National Curriculum Computing KS1 and KS2 concepts including algorithms, conditionals and debugging.

Award-winning author Sharna Jackson said: “This book is a great example of excellent storytelling and wonderful characters. The tech elements are told in such a creative, inventive way. It’s important for girls of all backgrounds to be encouraged to take part in science.”

Bright Little Labs' founder Sophie Deen's awards include the Barclays Start-Up Founder of the Year 2017, British Interactive Media Association Innovator 2017 and Computer Weekly's "Most Influential Women in UK IT" 2017. Sophie worked at Code Club, alongside Google and the Department for Education, to help introduce the new coding curriculum in primary schools. She then worked on their international strategy in over 80 countries. Sophie believes wholeheartedly in the power of creativity, toilet humour and stories to inspire the next generation.

Anjan Sarkar is a British illustrator based in South Yorkshire. He graduated with a degree in Illustration with Animation from Manchester Metropolitan University. Since focusing on children's illustration in 2015, he has created artwork for over 20 books.