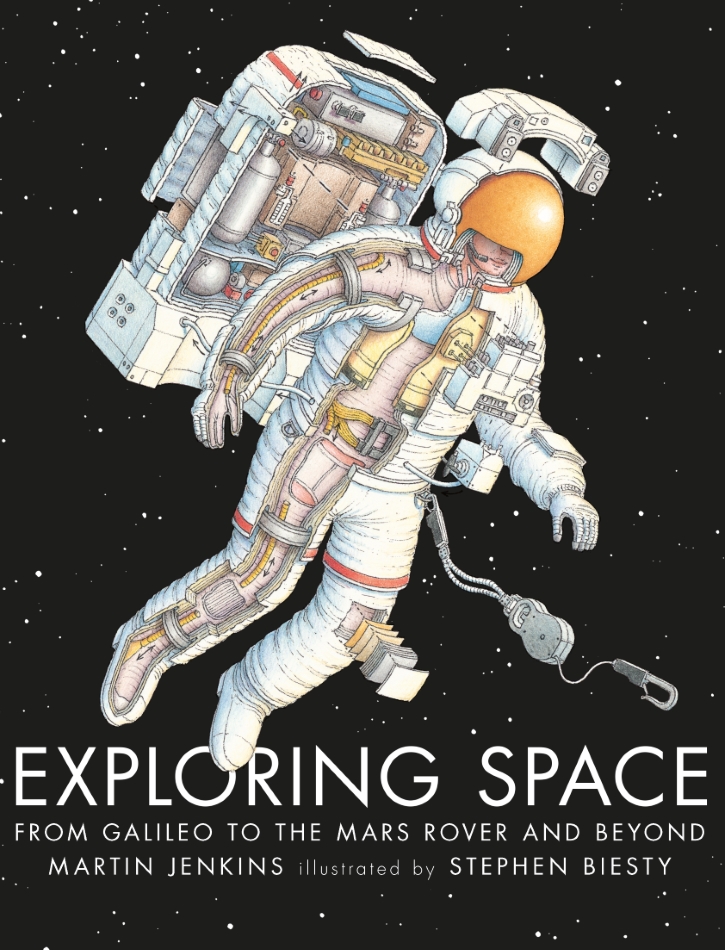 The extraordinary story of space exploration, from Galileo's telescope to the launch of the International Space Station – and beyond! Martin Jenkins' accessible and wide-ranging narrative covers early astronomy, the history of flight, the Space Race, the day-to-day of astronauts in the International Space Station and the possibility of extraterrestrial life, and considers where future missions might take us. Stephen Biesty's magnificent cross-section illustrations lay bare the intricate workings of space probes and shuttles, the Mars Curiosity Rover, spacesuits and Soyuz rockets. Back matter includes a comprehensive timeline and glossary of terms. With hours' worth of detail to pore over, this is the perfect gift for all space enthusiasts, young or old.

Chair of the judges Professor Yadvinder Malhi FRS, said: “This beautiful book tells the story of space exploration from the earliest observers of the night sky to the near future. It stood out from the pack because it had a well-written and engaging narrative that really went into some depth, combined with beautiful and richly annotated illustrations. This could appeal across the age range: a seven-year old could engage with the rich illustrations, whereas a fourteen-year old could gain a lot from the deeper narrative. In a publishing space where many books are filled with short attention-grabbing factoids, it was pleasing to see this book present a deeper and richer story line, and to do it well.”

Martin Jenkins was born in Surrey in 1959 but grew up in Spain, Ireland and Kent and he attended Cambridge University. A conservation biologist by trade, Martin worked full-time for ten years for World Conservation Monitoring Centre, writing about a range of conservation issues. Since 1990 he has worked freelance for organisations such as WWF and a number of UN bodies concerned with conservation and the environment. Martin's jobs have varied greatly: "I've been an orchid-sleuth in Germany, a timber detective in Kenya and an investigator of the chameleon trade in Madagascar." Martin became involved with children's books when he was asked to advise on Walker Books' Animals at Risk series. Since then he has written several titles, including "Fly Traps! Plants that Bite Back". He aims to excite children about the natural world, "preferably by making them laugh." Martin lives in Cambridge and London.

Stephen Biesty loves history, architecture and drawing. These three interests led to his first book for children, the internationally bestselling Stephen Biesty's Incredible Cross-sections. Published in 1992, it has gone on to sell over a million copies worldwide. He has published many titles since, including Castle, Man-of-War and most recently Rome and Gold, written by Meredith Hooper. He lives in Somerset.