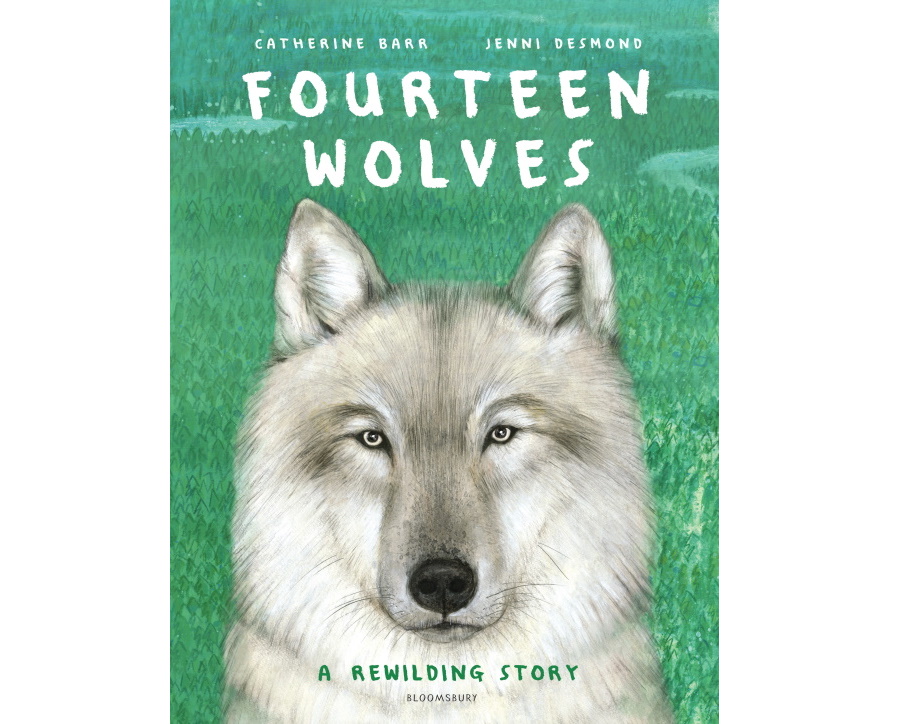 In fairy tales, the wolf's cry makes people shudder. They've been hunted and captured but the wolf carries a wild magic - a magic that once restored a barren land. When wolves disappeared from Yellowstone Park in the 1930s, the ecosystem started to collapse.

Enormous herds of elk swarmed the plains, bears starved, rabbit families shrunk, and birds flew away to new homes. Plants vanished, trees withered, and rivers meandered. Until in 1995, wolves returned to the park and everything began to change for the better. This is the story of their homecoming.

With atmospheric storytelling from Catherine Barr and breathtakingly beautiful artwork by Jenni Desmond, this inspiring true story shows that every species plays an important part in protecting our planet.

Evolutionary biologist and children’s author Dr Tiffany Taylor said: “This book tells the story of rewilding through a family of wolves in Yellowstone National Park. The story is filled with danger, tragedy and hope which I am sure will grip the young judges. The illustrations are absolutely gorgeous, and my daughter begged for me to read it to her over and over again.”

After campaigning with Greenpeace for years, Catherine Barr trained as a journalist and became an editor at the Natural History Museum. Catherine writes non-fiction books that aim to inspire children to explore, understand and take action to protect the natural world. Catherine’s first book, The Story of Life, was shortlisted for The English Association Picture Book Award and long listed for the School Library Association Information Book Awards in 2016. She is a proud Patron of Reading for a local school and visits schools all over the country to run workshops inspired by her books.

Jenni Desmond graduated from a Masters Degree in Children's Book Illustration at the Cambridge School of Art (UK) with distinction and her debut Red Cat Blue Cat won the Cambridgeshire Read it Again! Award in 2012. Her books have been translated into over a dozen languages since, and in 2015 Desmond was named Best Emerging Talent (Illustrator) at the Junior Design Awards (UK). In 2016 she was made a Maurice Sendak Fellow and her book The Polar Bear became a 'New York Times Best Illustrated Children's Book' of the year. Bloomsbury's Migration (2018) has been translated into 12 languages.